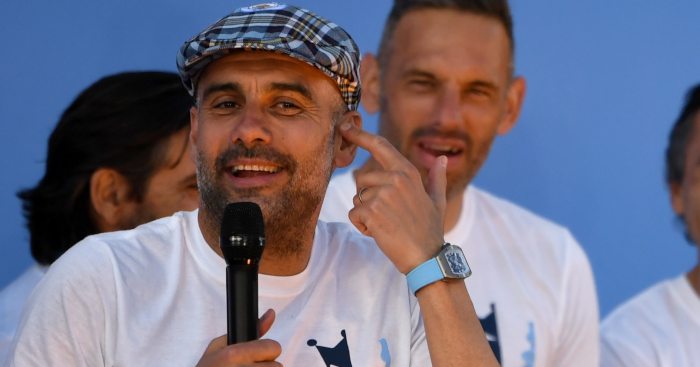 A Manchester City board member has hit out at reports linking Pep Guardiola with the manager’s job at Juventus.

Guardiola completely denied rumours linking him with Juventus earlier in the season and he was again dismissive on Friday when asked about the Turin club following news that Allegri is to leave.

However, Italian outlet AGI claims that Guardiola has agreed to take over at Juventus and that he will sign a deal on June 4.

“He’s our Coach and, he wants to stay with us. He can’t understand how his word is not being heard. It’s all a falsehood.

“The first thing a serious club does in these cases is to contact the other club. It’s unthinkable that City are unaware of his supposed presentation in just a few days.

“The story is totally without foundation. We don’t understand why a club should intervene for the umpteenth time to say Guardiola doesn’t want to leave Manchester City. This question doesn’t exist.

“I’m sorry for the Juventus fans, but they’ll have to find another coach.”