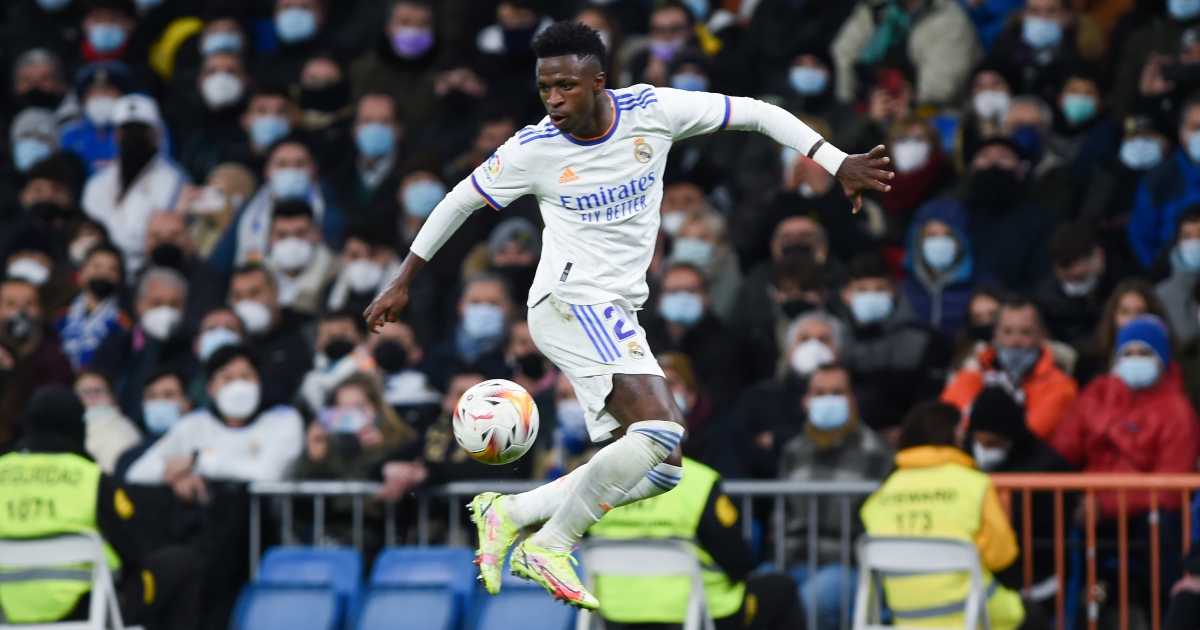 The 21-year-old has been excellent for Los Blancos this season, scoring 15 and assisting nine in all competitions so far.

He has developed a terrific on-pitch relationship with Karim Benzema as the Spanish giants sit on top of La Liga.

Vinicius’ contract expires in 2024 but he is reportedly chasing a new deal to reflect his improved contribution to the team this season.

However, El Nacional claim that Man City boss Guardiola has been in ‘contact’ with the winger’s representatives.

The Premier League champions are ‘knocking at the door’ and have the funds to complete the signing.

Real president Florentino Perez is keen to start contract negotiations with Vinicius, who is ‘one of the most sought after footballers on the planet right now’.

City recently lost Ferran Torres to Barcelona and Raheem Sterling has also been linked with a move away from the Etihad in recent months.

Meanwhile, Guardiola has praised Chelsea boss Thomas Tuchel as they get ready to face off on Saturday afternoon.

City currently sit top of the Premier League table, ten points clear of Chelsea who find themselves in second going into the fixture.

“So creative. One of the few managers I learn constantly from, to become a better manager myself. Excellent in all departments,” said the Spaniard.

“I enjoy since in Mainz and Dortmund, always I enjoy watching his teams and the approach.

“He makes world football better. He always wants to be positive in the way they play.

“He [Thomas Tuchel] didn’t like the way they played at home so they are going to play a different way.

“Seeing the Liverpool game and Spurs, I saw at Chelsea that they were completely different to what we played in Stamford Bridge.”