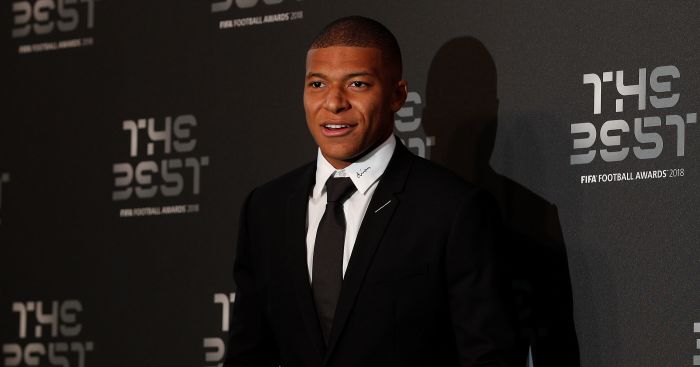 Pep Guardiola has emphatically dismissed speculation that Manchester City are lining up a £200million bid for Kylian Mbappe.

The Premier League champions were linked with Paris St Germain’s World Cup-winning star over the weekend.

It was suggested the 19-year-old Frenchman could be brought to the Etihad Stadium as a replacement for Raheem Sterling but Guardiola insists such reports are well wide of the mark.

The City manager said: “That is not going to happen. Sometimes I don’t understand where the news comes from.

“Manchester City aren’t going to spend the money that Mbappe deserves, or that PSG deserves. PSG are not going to sell this kind of player to any other club in the world in the next years, I guess.

Guardiola was speaking at a press conference in the small German town of Walldorf, where his side were preparing for Tuesday’s Champions League Group F clash against Hoffenheim.

City lost their opening game in the competition to Lyon a fortnight ago and Guardiola admits the pressure is on his side to deliver.

“In the Champions League we don’t have time to lose a lot of games and we lost the first one,” Guardiola said. “We have five finals and tomorrow is the first one.”

Winning the Champions League is a long-term ambition of the club but they fell to Liverpool at the quarter-final stage last season and captain Vincent Kompany expects the competition to prove just as difficult this term.

Kompany said: “I’d love to win a European trophy with City but it’s such a tough competition to win. Across Europe there are about eight teams with just as much of a claim.

“We’ve got to deal with the fact we lost to Lyon. We’ll worry about Hoffenheim first and if we get momentum anything is possible.”

Striker Sergio Aguero is expected to be fit for the game despite playing through the pain of a foot problem in recent games. Guardiola insists Sunday’s trip to Liverpool will not come into his thinking when it comes to selection.

Guardiola said: “He’s here because the doctors say he is able. He is much better but he still has pain. Tomorrow we are going to decide if he plays or Gabriel.”

Playmaker Kevin De Bruyne is not fit but has stepped up his recovery from a knee injury by returning to training. The Belgian was involved in a session with the squad before they flew to Germany without him on Monday afternoon.

Guardiola said: “It was the first one with the team. We’ll see when he’s ready to join the team in the games.”