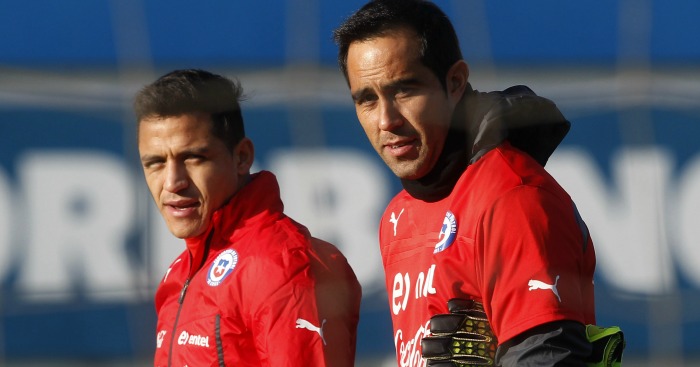 Claudio Bravo is hoping to welcome Alexis Sanchez to Manchester City before the transfer deadline.

Sanchez is in the final year of his Arsenal contract and is reportedly keen to move on after Arsenal finished fifth in the Premier League last season, depriving the attacker of Champions League football this term.

The Chile star has been linked most heavily with PSG and Man City and Bravo is hoping to be joined at the Etihad in the coming weeks by his international team-mate.

“If he decides to go, we’ll wait for him with open arms at City,” Bravo told 24 Horas .

Bravo endured a miserable first season in the Premier League but the 34-year-old gave a more impressive showing of his ability for Chile in the Confederations Cup.

The goalkeeper admits he did expect to get the chance to play in Russia after his club season was ended prematurely by a calf injury.

“I went to Russia almost with the idea of not taking part because I wasn’t in good condition,” he said.

“I competed for my team-mates, who wanted me to play, and because I wanted to reverse the situation of not having had a good year.”