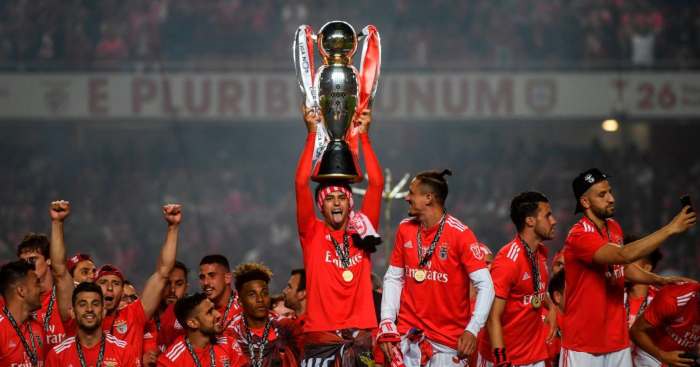 Manchester City have reportedly triggered Joao Felix’s £106million release clause at Benfica as the race heats up for his signature.

Real Madrid and neighbours Manchester United have also been linked with a move for the highly-rated Portuguese youngster.

Reports at the beginning of May in the Evening Standard claimed Red Devils’ boss Ole Gunnar Solskjaer wants ‘to make a flying start to his summer overhaul‘ with a move for Felix.

However, ‘reports in Portugal’ (via The Sun) say that City have skipped a bidding war by making a bid of £106million, which matches the forward’s release clause.

That offer is way more than the £80million that Real Madrid are understood to have offered for Felix, who is hoping to make his first senior international appearance for Portugal in their Nations League semi-final clash with Switzerland.

The 19-year-old, who was also the subject of reported interest from Liverpool earlier in the season, scored 18 goals and created 11 assists in 40 appearances for Benfica this season.