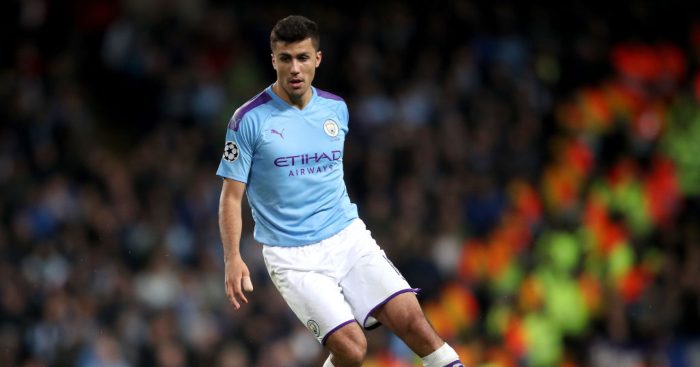 The Citizens pipped the Reds to the title last term by a point with Jurgen Klopp’s men having to settle for Champions League glory instead.

But Liverpool are already eight points clear of Pep Guardiola’s side after winning all eight of their opening Premier League matches of the season.

And Rodri thinks that Liverpool are the team to beat in England and Europe.

“But the team to beat is Liverpool now and that has been seen the last two seasons. They are the champions of Europe so everyone wants to beat them, not just us.

“They’re a great team, they have improved a lot of things, they’re a very good team, and they’re the best team in England and in Europe.”