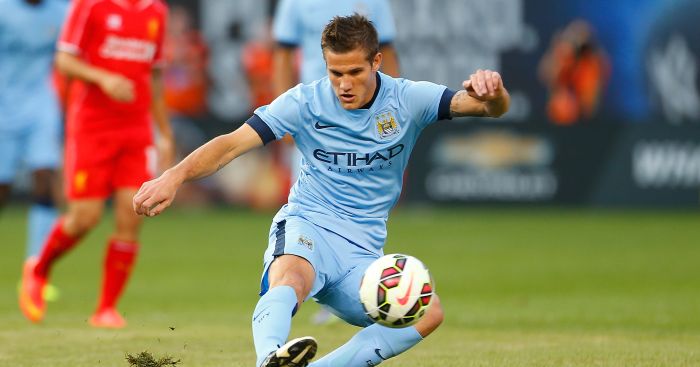 Manchester City midfielder Bruno Zuculini has joined Hellas Verona on loan for the rest of the season, linking up with his brother Franco at the Serie B leaders

The 23-year-old Argentinian has yet to make a league appearance for City since joining in 2014 from Racing Club and has spent the interim period on a succession of loan deals, including stints at Valencia, Middlesbrough and AEK Athens.

The Argentinian moved to Rayo Vallecano on a season-long loan last November but, after making nine appearances for the Spanish second division side, he has now moved to Italy.

A Verona statement read: “Hellas Verona announces the loan signing of Bruno Zuculini from Manchester City. The midfielder has completed his medical and has already trained with the club, thanks to the willingness of Manchester City and Rayo Vallecano.”