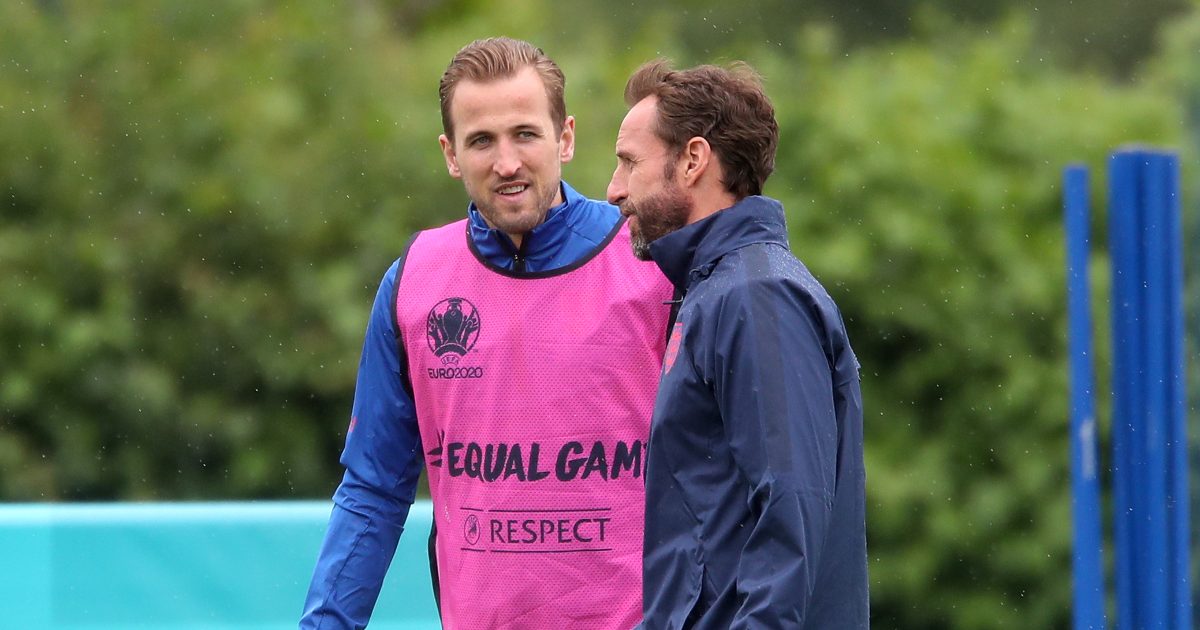 Manchester City have placed an offer worth “£100m guaranteed” for Tottenham Hotspur striker Harry Kane, according to reports.

Man City have been among the sides heavily linked with Kane of late. This comes after the Spurs forward told the club that he wants to leave.

The reason for this is that he wants to give himself a better chance of winning team trophies.

Kane has struggled in England’s opening two games at Euro 2020. But he has enjoyed yet another stellar season in 2020/21 with Tottenham Hotspur. He got 33 goals and 17 assists for them from his 49 outings.

This takes his tally to 221 goals and 47 assists from 336 appearances across all competitions.

Respected football journalist Fabrizio Romano has now revealed via Twitter that Man City have made an “official proposal” to Spurs for Kane.

This deal would be worth “£100m guaranteed” and they are willing to include players as part of the deal.

Tottenham have “no intention” of accepting this offer even though Kane still wants to leave. His future will be decided after the Euros.

Manchester City made an official proposal to Tottenham for Harry Kane. £100M guaranteed + availability to include players in the deal.#THFC have NO intention to accept. Harry wants to go, but Levy will try to keep him. ❌

Harry now focused on the Euros, then it’ll be decided.

Elsewhere, Jamie Carragher has warned Kane that he faces a “new reality” when representing England.

But Gary Neville has suggested that he is still “undroppable” for The Three Lions:

“I said last week I felt he was undroppable and I still maintain that.

“I think that if Harry Kane had someone behind him who was even close to him that could go into the team, then you’d say maybe you could look at a change. But you wouldn’t change Kane quickly, or easily for that matter.

“I think he’ll break all England’s records. You don’t just drop your captain and your main goalscorer after two matches. But I think the energy, urgency and intensity in England’s performance has got to improve for Kane to do well in this tournament.

“In the first game, we felt that was a controlled performance and everyone was really happy with that. But against Scotland, it was a massive drop off. I don’t care who you are – as a centre-forward, you would have struggled in that game.”