Home F365 Says City win, but Liverpool rescue their season before it begins 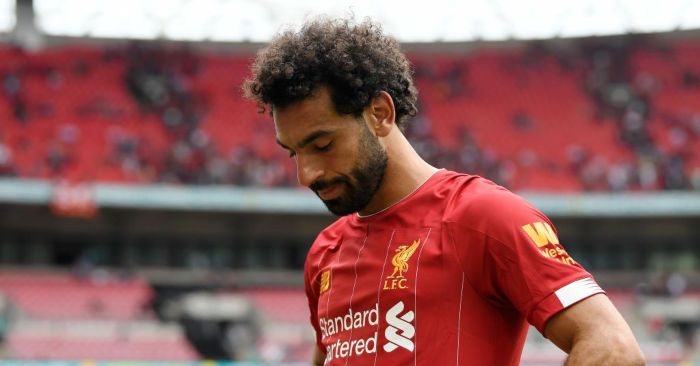 “Why does nobody count it?” Pep Guardiola asked in April. “Why? If we are able to beat Liverpool and win the Premier League, next season we are not going to play the Community Shield. Because why? It doesn’t count!”

For 45 minutes, it definitely felt as such. Nothing is certain but death and taxes, but certainly nothing was as deathly taxing as the first half of this annual Wembley wake-up call. A game designed to rouse us from our summer slumber only slumped us further into it.

At one point, the 97th edition of the Community Shield was as fine an advertisement for abolishing the fixture as ever. It is the game the winner soon overlooks and the loser instantly disregards. It is the trophy pushed to the back of the cabinet to gather dust. It is a fixture designed to be mocked by a country that often struggles to celebrate its champions. But this was a paradoxical match: destined to be remembered purely for being forgettable.

Then the second half happened. Liverpool finally received their invitation to the party at half-time and barely took a breather to look back. City sauntered to a one-goal lead in the first half as much through Liverpool’s incompetence as their own brilliance, but found themselves time-wasting by the end of the second.

With victory in the penalty shoot-out, City maintained a winning mentality that will require a gargantuan effort to snap over a league season. Their thirst for silverware will only be quenched for so long by this, but defeat would have pierced their invulnerable domestic visage.

Yet little was to be learned about City. Rodri was composed and authoritative on his debut and Claudio Bravo was excellent, but as a team, there was no new information to be offered. They are a machine honed for this stage.

Liverpool proved that last season was no one-off after a difficult summer. They found a couple of chinks in the armour. Joel Matip’s equaliser was well-worked, Mo Salah was a constant menace and the structural integrity of both crossbar and post was tested, as was the speed of Kyle Walker’s thinking.

To limp to a 1-0 defeat – or worse – would have been a terrible end to a forgettable pre-season. A mixture of poor results and a lack of first-team signings has led many to question the intelligence of a Champions League-winning manager and the strength of a Champions League-winning squad. But the psychological effect of failing to overtake a City side that barely got out of second gear might have scuppered their season five days before it really begins.

The match itself was less important to Liverpool than the momentum they stood to garner from it. The result would have been hailed in the event of a win, but can easily be written off after such a considerable second-half improvement. Had the two halves been swapped around and the Reds ended in such a listless and spiritless fashion, Norwich would have had no reason to fear Friday’s trip.

Liverpool needed to remind teams of what they are, of who they are. They lost one Premier League game and dropped 17 points last season and still failed to win the title. City have dropped 30 points since April 2017. Last season’s runners-up know they must sprint out of the blocks to maintain the marathon pace of the champions.

Jurgen Klopp, raised on a similar continental diet to Guardiola, considers these games to be more significant than they are perceived on these shores. He spoke of using it for “motivation” and to “get confidence”.

The German acknowledged that “it obviously didn’t help us or harm them because it was just a game” when his Dortmund side faced and beat Bayern twice in Germany, namely because Guardiola’s team went on to win the Bundesliga on both occasions. But this feels different. These are the world’s two best teams on current form. Any marginal edge is a considerable one when the most recent gap was one point.

In fighting back to shore after a first half which threatened to leave them adrift, Liverpool kept City within their sights. But Guardiola, safe in the knowledge that he will soon be defending the validity of his latest trophy, still has the upper hand.