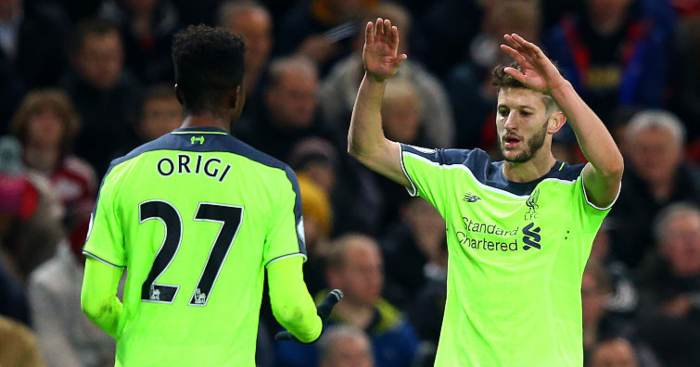 Divock Origi is set to sign a new deal at Liverpool after the club offered him a new long-term deal, according to reports.

Origi recently confirmed that he will talk with the club after they offered him fresh terms, he said: “There’s an offer for a new contract on the table.

“We will see after the international games, but I think there will be talks with the club.”

The Daily Mirror claims Liverpool are ‘increasingly confident’ that Origi will join other players in committing their future to the club.

There had been questions marks over the Belgium international’s future after only making 20 appearances in all competitions this term.

However, his crucial goals in the Champions League semi-final and final in the second half of the campaign have ‘impressed’ Jurgen Klopp and ‘persuaded’ him that Origi can play a ‘bigger role going forward’.

With only one year remaining on his contract at Anfield, the Daily Mirror adds that Origi has ‘persuaded the club that he deserves a much longer contract’.

Now Liverpool’s job is to convince the striker that he will be best served by staying at Anfield with a long contract and ‘assurances of more playing time’.

The report continues, meanwhile, by saying that Liverpool will ‘listen to offers’ for Adam Lallana.

The 31-year-old has started just six games in all competitions this season, with injuries taking their toll and Klopp’s midfield reinforcements knocking him down the pecking order.

And Football Insider recently claimed that a Tottenham club source said that Pochettino ‘told him not to waste the last years of a career’ by staying at Liverpool.