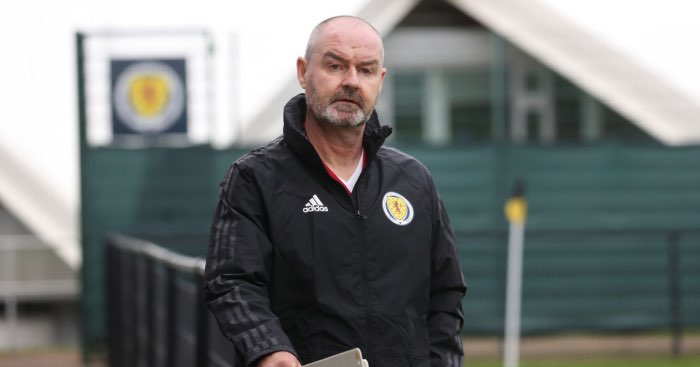 Scotland head coach Steve Clarke insists he is up for the fight despite finding international management more difficult than he imagined.

The misery continued in Moscow as Scotland slumped to a 4-0 defeat following a second-half capitulation.

Russia followed Belgium in inflicting a four-goal thrashing of Clarke’s side as Scotland crumbled after conceding from a 57th-minute corner.

The former Chelsea defender arrived in the job having achieved immediate, stark and sustained improvement with Kilmarnock.

But, after a last-gasp win over Cyprus in his first match in charge, Clarke has presided over four defeats with the loss of 13 goals.

“On the back of a 4-0 defeat, and back-to-back 4-0 defeats, yeah, it feels difficult,” said Clarke, when asked if it was a more difficult job than he first thought.

Clarke defended his team selection after leaving out in-form Celtic pair Ryan Christie and James Forrest. John Fleck made his debut in a deep midfield role with Callum McGregor and John McGinn accompanying him.

“I wanted to have three solid midfield players in the middle, and I thought for 57 minutes that was working fine for us,” he said.

“I don’t think we went out of the game because of the personnel or the team shape or the way we set up the tactics.

“We went out the game because we switched off for a corner, and the fragile confidence after that, we just allowed the game to run away from us.”

Scotland had next to no chance of a top-two finish before the defeat confirmed that fact, but they are now four points adrift of third-placed Cyprus in fifth and in serious need of a confidence boost before they take part in the play-offs in March.

They now host San Marino on Sunday before facing Cyprus and Kazakhstan next month to round off the group.