Home All The News Clarke done: Spurs loan first signing in 517 days back to Leeds 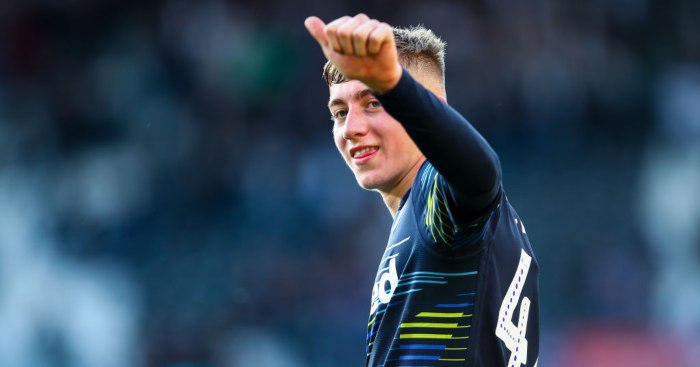 Leeds winger Jack Clarke has become Tottenham’s first signing in 517 days and has been loaned straight back to Elland Road until the end of the season.

The 18-year-old will remain on loan at Elland Road for the duration of the 2019-20 campaign after signing for Spurs on a four-year contract.

“I’m delighted to join Tottenham and in the short term I’ll be giving my all to hopefully help Leeds with promotion,” Clarke told Spurs’ website.

The Englishman has signed a deal with the north London club that will keep him there until 2023 for a fee understood to be ‘in excess of £9m’ although it remains undisclosed.

Jack Clarke signs for Tottenham and rejoins Leeds United on a season-long loan. Training with Leeds this morning. Fee in excess of £9m. #lufc

Clarke only made his senior debut in October but impressed enough to be named Leeds’ young player of the season.

Marcelo Bielsa’s side reached the Sky Bet Championship play-off semi-finals, where they were beaten by Derby.

Clarke made 25 appearances last term, 20 as a substitute, and scored twice.