Home Stoke City Classic Pulis: He rang Shawcross to call him a ‘loser’ 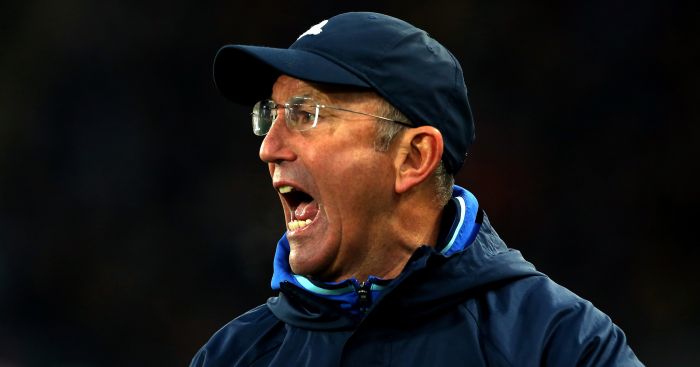 Hughes says the defender, who was skipper under Pulis at Stoke for several years, received the message from his former boss on Monday.

That was two days on from Stoke’s 1-0 defeat at The Hawthorns, and the day after Shawcross was quoted as saying “someone from West Brom’s side must have been speaking to the papers” regarding the way news emerged of Saido Berahino’s ban from earlier in the season.

Berahino, who joined Stoke from West Brom last month, came on as a substitute against his old club less than 48 hours after it emerged the striker had served an eight-week Football Association ban.

Hughes did not receive a handshake from Pulis at the end of last weekend’s game, and he spoke out about his fellow Welshman on Friday ahead of Saturday’s home match against Crystal Palace.

“We were annoyed with a number things,” Hughes said. “I was annoyed with their manager ringing up Ryan on the Monday morning after the game and calling him a loser. I wasn’t too happy with that.

“Any number of things surrounding the game were, in our view, unnecessary.

“There was a voicemail left, and I haven’t heard it. But Ryan wasn’t too pleased. He tried to ring back and didn’t get any answer.”