Home All The News Clattenburg gloats about letting Spurs ‘self-destruct’ 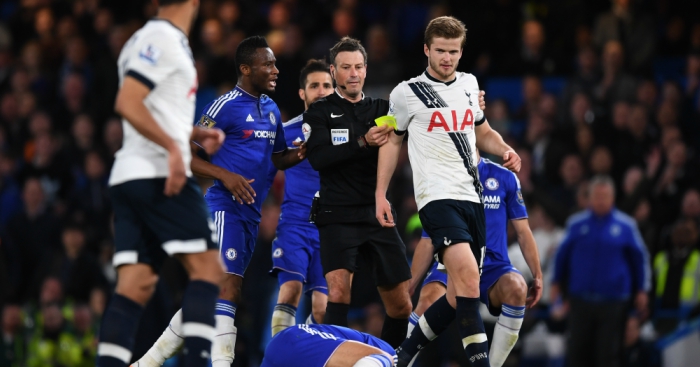 Mark Clattenburg admits that he “allowed” Tottenham to “self-destruct” as opposed to actually, y’know, refereeing their game against Chelsea in 2016.

Tottenham missed out on the Premier League title in the 2015/16 season after a 2-2 draw with Chelsea at Stamford Bridge.

A record nine Spurs players were booked in a bitter clash, and both they and Chelsea were handed record fines by the FA in the aftermath.

Clattenburg, the referee for the match, believes the game “certainly benefited” from his “style of refereeing”. Which was not to send off Eric Dier even if he attempted to murder someone.

“I allowed them to self-destruct so all the media, all the people in the world went: ‘Tottenham lost the title’,” he told NBC’s Men in Blazers podcast.

“If I sent three players off from Tottenham, what are the headlines? ‘Clattenburg cost Tottenham the title.’ It was pure theatre that Tottenham self-destructed against Chelsea and Leicester won the title.”

When asked if he helped to “script” the game, he added: “I helped the game. I certainly benefited the game by my style of refereeing.

“Some referees would have played by the book; Tottenham would have been down to seven or eight players and probably lost and they would’ve been looking for an excuse.

“But I didn’t give them an excuse, because my gameplan was: Let them lose the title.”