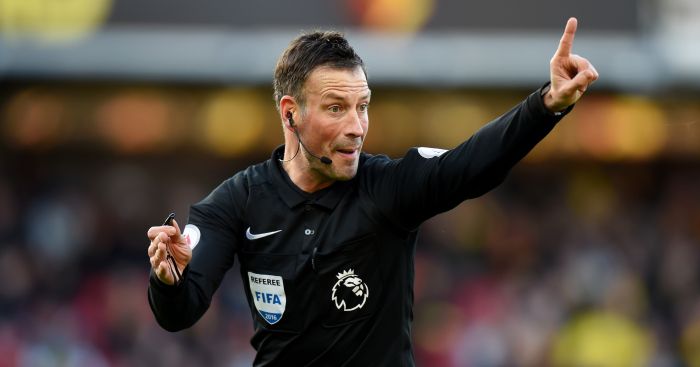 Former Manchester City and Liverpool striker Craig Bellamy “squeezed” the balls of former Premier League Mark Clattenburg in the tunnel as a “joke”.

The County Durham-born official, who left his role as a Premier League referee in February 2017, named five of the “most annoying” players he refereed in his career and Bellamy was on that list, as well as Roy Keane, Jens Lehmann, Jon Obi Mikel and Pepe.

Writing in his column for the Daily Mail, he said: “I knew my relationship with him was on sticky ground when he squeezed my balls in the tunnel at the Etihad, and I don’t mean my match-balls! It was a joke — I think — and I took in that spirit, but there was a bit of history.

“Why? It probably goes back to December 2009 when Manchester City were at Bolton and I sent him off.

“I had booked him for dissent — I could have shown a red, the language was that bad — and I then gave him a second yellow for diving, although replays showed it was a penalty. I was wrong. He went mental, as you can imagine.

“But Bellamy’s reputation went against him with a lot of referees and I think he did lose the benefit of the doubt. I had said to one of City’s coaching staff at half-time in that game: ‘How do you put up with him every week?’

“They reported me for that, which was disappointing. What is said within a game should stay there. If I reported everything they said then they would be banned from the dugout every other week.

“But Bellamy was a nightmare to referee and most of us felt the same. He would snarl at you and throw his arms around, constantly challenging you. His language was awful, just plain rude.

“As a referee, it is difficult when you have a problem player like that because you are drawn to him and it’s a distraction.

“Because I’m a Newcastle fan, I had the luxury of never refereeing him when I started. I just wish he had stayed at Newcastle for a bit longer!”