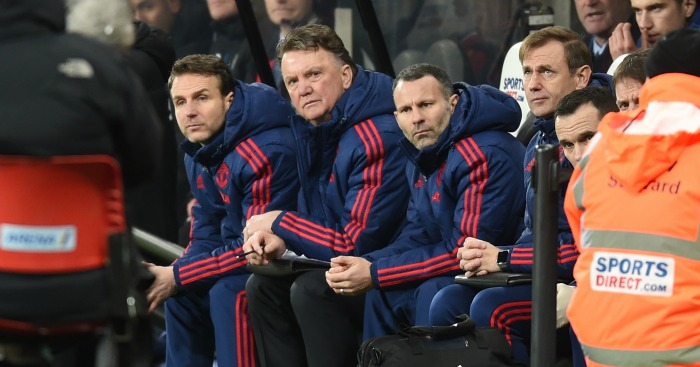 Paul Clement does not believe it should be considered a giant-killing if Derby beat Manchester United in the FA Cup on Friday night.

United are the most successful club in English football, with a record 20 league titles to their name, and even this season, a poor one by their standards, the Red Devils are fifth in the Premier League, still chasing a Champions League place.

However, United have struggled in ties against Sheffield United, Cambridge and Yeovil in the last two seasons, while Derby are flying high in the Championship.

When asked if he can take encouragement from United’s recent FA Cup history, Clement said: “I think so, and the players know about those things as well.

“I am not sure it will quite be a giant-killing if we get a good result on Friday.

“We all know these are the kind of tests we would have week-in, week-out if we won promotion. It is a challenge we are really looking forward to against a team that is not in great form.”

Louis van Gaal has found life tough in England, especially this season, but Clement still considers the Dutchman one of the best in the business.

“He’s one of many coaches who have spent his career at all the big clubs,” added the Derby boss.

“When you look at the big clubs – Barcelona, Bayern Munich, Real Madrid, Manchester United – there are very few people who can do those jobs, and he (Van Gaal) is absolutely on that list.”

Having worked under Ancelotti at Real Madrid as assistant coach, Clement is familiar with the pressure to deliver attractive attacking football.

At the Bernabeu, merely winning matches is not enough – as Rafael Benitez recently discovered to his cost – you have to do it in style.

Asked if Van Gaal has a responsibility to maintain the long-standing tradition of how United have played football historically, particularly in the recent past under Alex Ferguson, Clement said: “I don’t know about that.

“At Real, we played Atletico Madrid in the Champions League final – they won the Spanish League and reached the European Cup final but they were physical, direct, aggressive, not a lot of football.

“It worked well for them, and I’m not sure it’s about responsibility. It’s the choice of the coach and maybe about the history of the club, and what the fans are used to.

“They chose him and he’s got the right to play in a way he feels is best. That’s part of the selection process.

“The man who followed Sir Alex had his difficulties, and now the next man in has had some difficulties too, but coaches need time to develop what they want to do.

“You still have to get results, although the perfect performances we are all searching for do take longer to produce.”