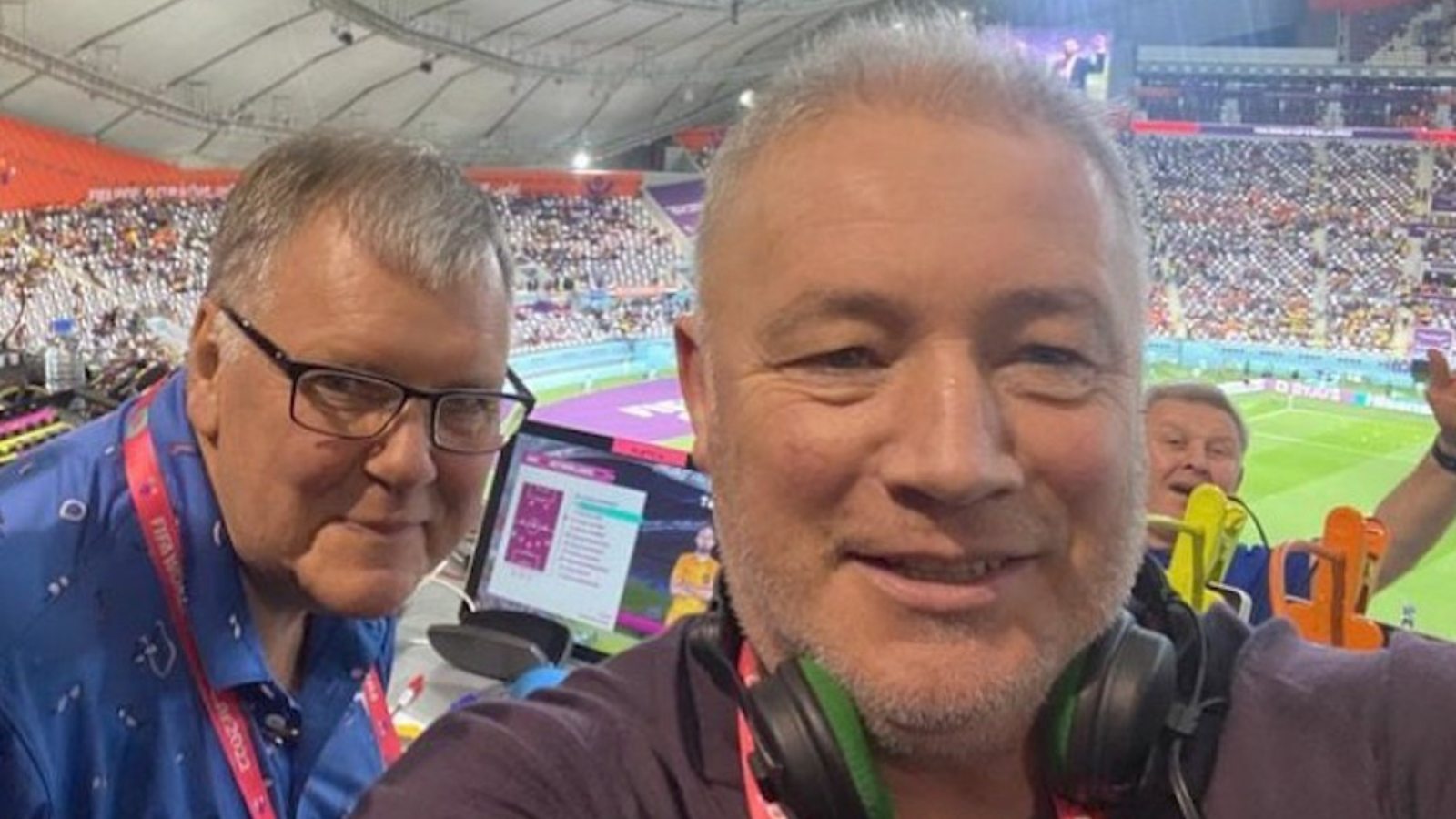 Clive Tyldesley is working for ITV in Qatar and finds himself at a World Cup flawlessly designed to appear normal. He is not fooled.

Today I feel Ex-Pat. I’m not sure what guise Gianni Infantino is currently adopting in his ‘Stars in their Eyes’ world but I watched the England game on Friday night with a couple of mates and a couple of glasses of wine, just as I would probably have done at home. Life at a Qatar World Cup is er, well, normal.

When Infantino delivered his very off-keynote speech a week ago he was particularly quick to reassure us that he wasn’t in fact African or gay or disabled (just in case the idea might put off some of his most valued and valuable friends) and so I, too, should stress that life here isn’t normal. It just feels it. Just like it’s supposed to.

Above all, it is such a damned convenient World Cup. Everything works and works with an English language soundtrack. Or at least everything that a television commentator could ask for. Internet connections, transportation, room service. Even the plug sockets in my hotel room look like home. No adaptors necessary for anything apart from the eternally blue sky.

If Keys and Gray were to tell me that sky is actually hand-painted by migrant workers before dawn every morning I wouldn’t be at all surprised. Walking up towards each of the exotically-themed stadia feels like entering Epcot. If Disney did World Cups…

Presumably Messi and Ronaldo will complete their chess game in time to convene for the sunset finale.

Those impossibly comfortable armchairs from which the feted and the famous watch the endless churn of daily matches in the VIP box are, for me, the symbol of this World Cup. This is the deluxe version of a football tournament. Hopefully a limited edition. You must make yourself really comfortable to appreciate the imported blood, sweat and tears that has gone into trying to make it immune to fault-finding. You need to buy into it. Gianni has, and now I can see why.

If there appears to be an alarming lack of critical judgment in my observations after a week in Doha, don’t worry; I made my mind up a long time before I arrived. There are no surprises here. It’s coming up 12 years since the World Cup was awarded to Qatar and we’ve all had plenty of time to get indignant and angry. I honestly thought it would be moved somewhere else years ago but it was merely moved to November. That’s on all of us.

Just yesterday, ITV screened an excellent film by Gabriel Clarke drawing yet more attention to the concerns over this culture’s attitude to homosexuality. Sports-washing is a two-way street and the traffic towards the scrutiny of Qatar’s version of Islamic law has been pretty steady over the last few weeks. If you weren’t aware of their stance before, you surely are now. In Gary Lineker’s words, this a report not a support.

I haven’t been duped or hypnotised. Maybe a little anaesthetised by the smooth efficiency with which everything falls into place but you can buy efficiency, you can’t buy soul. This is a strangely soulless event. I have a rainbow flag pin that a friend gave me attached to the accreditation that accompanies me to every game but nobody in the army of volunteers ever frowns or comments on it. They look anaesthetised too.

Whether you are irritated, outraged or indifferent to the choice of venue, the World Cup is happening here and will be eventually won by the best team in front of a television audience of many, many millions. I’m here working on being a small part of that and the working environment is as easy as finding somewhere to have a beer. A frightening degree easier than for those that built this façade.
Clive Tyldesley