Home Arsenal Club by club: One player who has lost their place 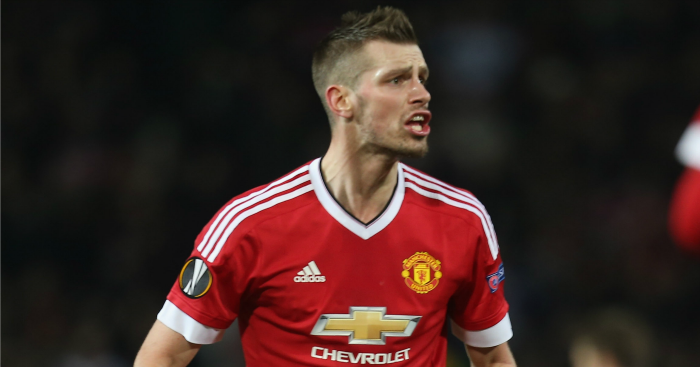 Which players have featured for fewer Premier League minutes this season compared to last? We have one per club. It might sound complicated. It is not. These boys have lost their place.

Those who have been injured or suspended during the season do not count. Let’s begin, shall we?

Arsenal – Olivier Giroud (61.38% fall)
A combination of Euro 2016, Arsenal outgrowing the Frenchman, and Alexis Sanchez being bloody brilliant has seen Olivier Giroud lose his place in the starting line-up. He played 71.08% of the Gunners’ total Premier League minutes last season; he has played just 9.7% this.

Bournemouth – Marc Pugh (35.8% fall)
Who said what about Andrew Surman? Hmm. Of course, everyone knows it is Marc Pugh who has lost his place at Bournemouth. Only an idiot would think otherwise. 3.01

Burnley – Scott Arfield (31.7% fall)
Scott Arfield has missed just one of Burnley’s 14 Premier League games this season, but after missing only 188 minutes of their Championship-winning campaign last season, his battle with George Boyd and Johann Berg Gudmundsson for a place on the wing has seen playing opportunities slightly more restricted than usual.

Chelsea – Cesc Fabregas (70.7% fall)
Only Cesar Azpilicueta and Branislav Ivanovic played more often for Chelsea in the Premier League last season, making Cesc Fabregas’ fall from grace more pronounced than most. He made only his second start of the campaign against Manchester City.

Crystal Palace – Jordon Mutch (22.5% fall)
Very much the forgotten man at Crystal Palace, Jordon Mutch has played just eight minutes this season. The only outfielder with fewer minutes at Selhurst Park is Jonathan Benteke (six), and he was only signed to persuade Christian to join.

Everton – Aaron Lennon (31% fall)
Ronald Koeman has never been overly keen on Aaron Lennon, who has started just two Everton games this season. He played almost half of the club’s minutes (45%) last campaign.

Hull – Shaun Maloney (9.8% fall)
With a squad that has barely changed from the one which earned promotion through the Championship play-offs, Maloney’s fall from playing 21.5% of league minutes to just 11.7% is the closest any player has come to being frozen out.

Leicester – Leonardo Ulloa (20.9% fall)
“I want to play always,” said Leonardo Ulloa this week. “If I don’t have minutes here I need to look for another team.” He didn’t have many minutes in the Premier League title-winning campaign (28.2%), but that makes him look like a regular in comparison to just 7.3% of Leicester’s league minutes this season.

Liverpool – Alberto Moreno (58.8% fall)
Narrowly beating out Simon Mignolet is another whose fall from regular starter to the bench has been played out in public. It is difficult to imagine Alberto Moreno ever winning back his left-back berth.

Manchester City – Yaya Toure (52.8% fall)
Yaya Toure might have made a successful return to the Manchester City first team, but his time as a regular starter has passed. Only five players played more Premier League minutes last season, while 19 have featured more often under Pep Guardiola.

Manchester United – Morgan Schneiderlin (63.5% fall)
Expecting someone else? Bastian Schweinsteiger is yet to play a single Premier League minute under Jose Mourinho, but injuries restricted his game time under Louis van Gaal. Morgan Schneiderlin has no such excuse. Having played more league games than all but six United players last season, he has been afforded just 11 minutes.

Southampton – Shane Long (33% fall)
Similar to Hull, Southampton have called upon a similar pool of players to the 2015/16 season. Shane Long has been the main victim, with Nathan Redmond and Charlie Austin preferred as Claude Puel’s two strikers.

Stoke – Marc Muniesa (17% fall)
Marc Muniesa will hope that Stoke’s switch to a three-man defence is a permanent one. He has played 195 minutes of Premier League football this season, 180 of which has come in the Potters’ last two fixtures.

Sunderland – John O’Shea (16.1% fall)
The captain has been in and out of David Moyes’ squad, starting just two of Sunderland’s last five games. Please don’t tell me 35-year-old John O’Shea is winding down. Please no.

Tottenham – Kieran Trippier (12.4% fall)
Kyle Walker, isn’t it? Kieran Trippier might no longer even be the England international’s deputy at right-back; he’s only been on the bench twice.

Watford – Ben Watson (79% fall)
The player with the second largest fall from grace on this list, Ben Watson has gone from playing 35 Premier League games to playing 42 Premier League minutes, all in the space of one season.

West Ham – Mark Noble (9.5% fall)
It might seem weird, but yes. Most West Ham players have either a) suffered an injury this season, or b) been signed in the summer, so captain Mark Noble was one of few eligible. His decline has been as noticeable as anyone’s in this struggle of a season. He has already missed 198 minutes; he missed just 215 in 2015/16.