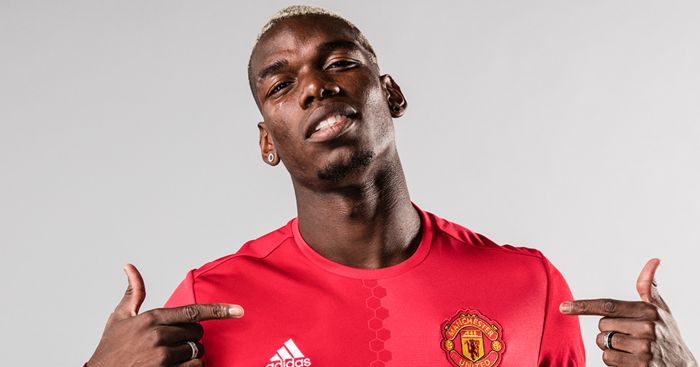 13 Premier League clubs broke their transfer record this summer. Will they join the hits or misses?

Arsenal – Mesut Ozil (£42.4million in summer 2013)
Well it wasn’t going to be a striker, was it? For all the criticisms of his recent transfer dealings – or lack thereof – Arsene Wenger can feel pretty smug about this one. Ozil has improved with every season in England, as evidenced by 19 Premier League assists last campaign.

Bournemouth – Jordon Ibe (£15.3million in summer 2016)
Even before Manchester United proved that transfer fees really do mean nothing at all any more with the signing of Paul Pogba, Bournemouth had already warned us by landing a winger whose Premier League record reads ’41 appearances, one goal, three assists’.

Burnley – Jeff Hendrick (£10.5million in summer 2016)
It threatened to be another one of those summers for Burnley, who paid the price for failing to sufficiently invest following promotion in 2014. However, with two weeks of the transfer window remaining, the Clarets pulled off something of a coup to sign Steven Defour, and then surpassed the £9million they spent on Andre Gray to land Derby’s energetic midfielder Jeff Hendrick. If the Republic of Ireland international repeats his Euro 2016 form, it will be money well spent.

Chelsea – Fernando Torres (£50million in winter 2011)
Of all the riches spent by Chelsea, this British-record deal – which bought 20 goals in 110 Premier League appearances – remains a real blot on their copybook. Although can you really put a price on Gary Neville making that noise live on air?

Crystal Palace – Christian Benteke (£27million in summer 2016)
After already breaking their record to sign Andros Townsend in a £13million deal earlier this summer, Palace went and completely smashed it by ending Benteke’s unhappy spell at Liverpool. If Pardew can help the Belgian get back to his best then he will have plenty of reason to dance the night away.

Everton – Romelu Lukaku (£28million in summer 2014)
As Daniel Storey likes to remind us all on a daily basis, Everton played something of a blinder here. Since Lukaku’s loan spell at Goodison Park was made permanent, he has scored 45 goals in 94 appearances. The statistics are quite ridiculous, and the striker is also certain to earn the Toffees a healthy return should he leave the club.

Hull City – Ryan Mason (£10million in summer 2016)
Possibly one of the least inspiring transfer records in the Premier League, Mason could still prove a shrewd acquisition for Hull. The one-cap England international will add some top-flight experience and form a dependable triumvirate of former Tottenham players with Jake Livermore and Tom Huddlestone.

Leicester City – Islam Slimani (£29million in summer 2016)
Nampalys Mendy didn’t even get to spend a whole week as Leicester’s record signing before being surpassed by Ahmed Musa, who then had the privilege for almost a whole two months. Now the title has been bestowed upon Slimani, who arrives at the King Power with a good pedigree.

Liverpool – Sadio Mane (£36million in summer 2016)
While the Reds may have spent £35million on Andy Carroll on the best deadline day ever, their signing of Mane from Southampton will eventually surpass that fee. The Senegal attacker already looks a perfect fit for Jurgen Klopp’s side, which will go some way to helping banish the memories of the Carroll fiasco.

Manchester City – Kevin de Bruyne (£55million in summer 2015)
After a promising, albeit injury-disrupted, first season in a sky blue shirt, De Bruyne could go a long way to justifying his price tag under Pep Guardiola this term. If the Belgian betters his record of 16 goals and 14 assists in all competitions last term then he will be a good shout for player of the season.

Mourinho/Chelsea's biggest mistake was not letting De Bruyne and Lukaku go, it was not including a buy-back clause in the deals.

Manchester United – Paul Pogba (£89million in summer 2016)
You might just have heard about this one. Yes, it was starting to get tedious. Yes, the fee feels insane. Yes, it’s ridiculous he was let go in the first place. But bloody hell, what a statement.

Middlesbrough – Afonso Alves (£12.5million in winter 2008)
Back with the big boys, Boro have been lauded by many for their impressive work in the transfer market this summer. But their record signing remains a warning of what can go wrong. Four league goals in 2008/09 as Boro were relegated mean the Brazilian is not fondly remembered, to say the least.

Southampton – Sofiane Boufal (£16million in summer 2016)
A club which goes about its business quietly and effectively did exactly that once again this summer, completing the impressive capture of Boufal just in time to be able to sit back and relax while the rest of the deadline day madness unfolded.

Stoke City – Gianelli Imbula (£18.3million in winter 2016)
The jury remains out on Imbula, who showed very brief flashes of quality after Stoke shelled out to sign the midfielder from Porto in January.  The 23-year-old will have to produce a lot more this season in order to justify his price tag.

Sunderland – Didier Ndong (£13.6million in summer 2016)
Taking over the not-so proud mantle of Asamoah Gyan, it doesn’t sound too promising for Sunderland fans that reports from France suggested Lorient “almost fainted” after receiving such a bid for the midfielder.

Swansea City – Borja Baston (£15.5million in summer 2016)
Perhaps optimistically nicknamed Van Baston, the Spaniard remains an intriguing signing for Swansea. The forward has a good pedigree having scored 18 times in La Liga last term, but with Swansea tipped to struggle this term, Baston will have to hit the ground running.

Tottenham – Erik Lamela/Moussa Sissoko (£30million in summer 2013/2016)
If you had asked Spurs fans whether Lamela was worth the money after the winger’s first season – in which he made only three league starts – you would have been met with a resounding ‘no’. But the Argentinean has improved immeasurably. Mauricio Pochettino will hope it does not take Sissoko as long to settle at White Hart Lane, just don’t mention the Arsenal stuff.

Watford – Isaac Success (£12.75million in summer 2016)
Beating the £6.6million Watford paid Tottenham for Etienne Capoue last summer, Success is something of a risky signing for the Hornets. The 20-year-old is yet to be capped by Nigeria, which doesn’t bode well judging by the forwards who have been capped over the last 12 months.

West Brom – Nacer Chadli (£13million in summer 2016)
Considering Spurs have just spent £30million on Moussa Sissoko, West Brom’s deal to sign Chadli for less than half that price appears good business. Whether Tony Pulis is the right man to get the best out of the winger is another question entirely.

West Ham – Andre Ayew (£20.5million in summer 2016)
Despite all the talk of signing a high-profile striker this summer, Ayew somewhat surprisingly became the Hammers’ record signing. The Ghanaian impressed for Swansea last season, but there is still the feeling West Ham needed to land a higher calibre of attacker to really progress.