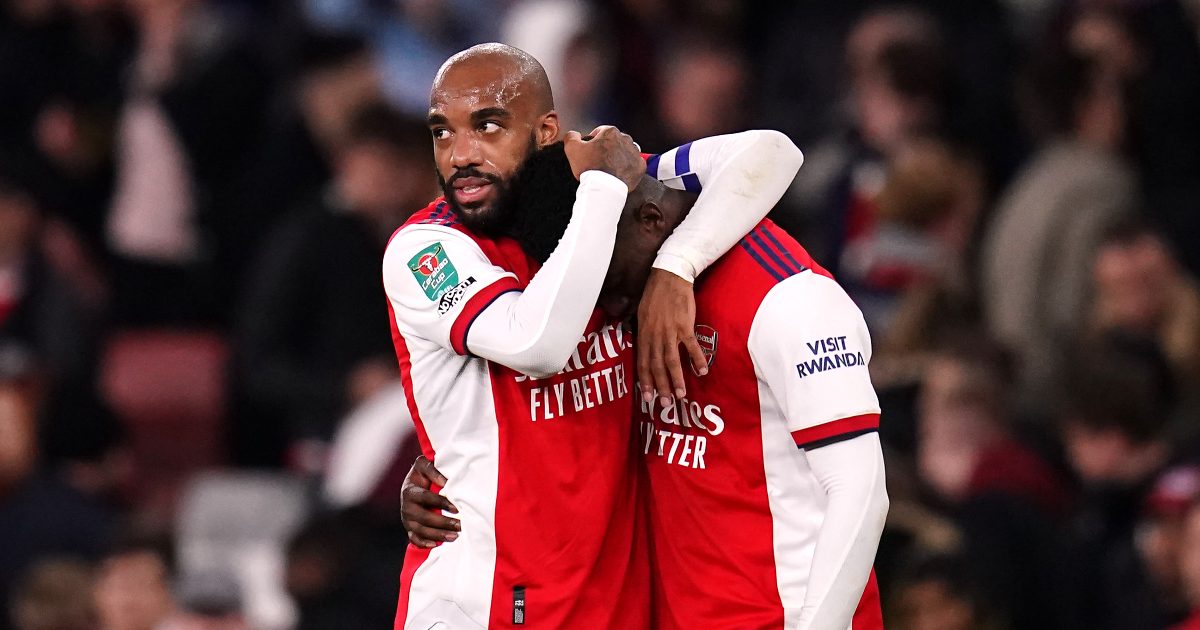 The France international is out of contract at the end of the 2021/22 campaign and he is expected to leave Arsenal.

The forward has been linked with the likes of Newcastle United and Atletico Madrid in recent weeks.

Arsenal patience for Arteta may be running short again

The 30-year-old has been with Arsenal since 2017. He has netted 68 times from his 182 appearances across all competitions.

Lacazette has fared well when he has played against West Ham. He has scored five goals from his seven games versus the Hammers.

West Ham may look to sign a striker in January who could provide competition for Michail Antonio.

As quoted by Football London, Cottee has suggested that Antonio would be picked ahead of Lacazette:

“If Michail Antonio is fit, then he is going to start the game. So it would be a big challenge,” Cottee said.

“Would Lacazette want to go from the bench at Arsenal to the bench at West Ham? Probably not. That’s where the problem would lie.

“Yes, I would like to see Lacazette at West Ham. He’s a good finisher, but you have to try and get the Lacazette that we know rather than someone who’s obviously not been able to get into the first team as a regular. I know a couple of times he’s also played as a No.10.

“But one thing they really need is a good backup for Michail Antonio. A bit like at Tottenham, everyone says ‘oh, why don’t you sign another centre forward for Spurs?’

“Well, any centre forward who’s a good player, they’re going to say, ‘Well, why would I want to go to Tottenham? When I am going to sit on the bench because Harry Kane’s going play every game. I think West Ham at the moment are very similar.

“I’m always a bit wary about West Ham signing players from Arsenal because the over the years it’s not really worked, or the player himself has been coming to the end of glorious careers,” Cottee said.

“Nigel Winterburn and Ian Wright as an example. And then there were other players like Davor Suker and even Jack Wilshere who struggled at West Ham.”