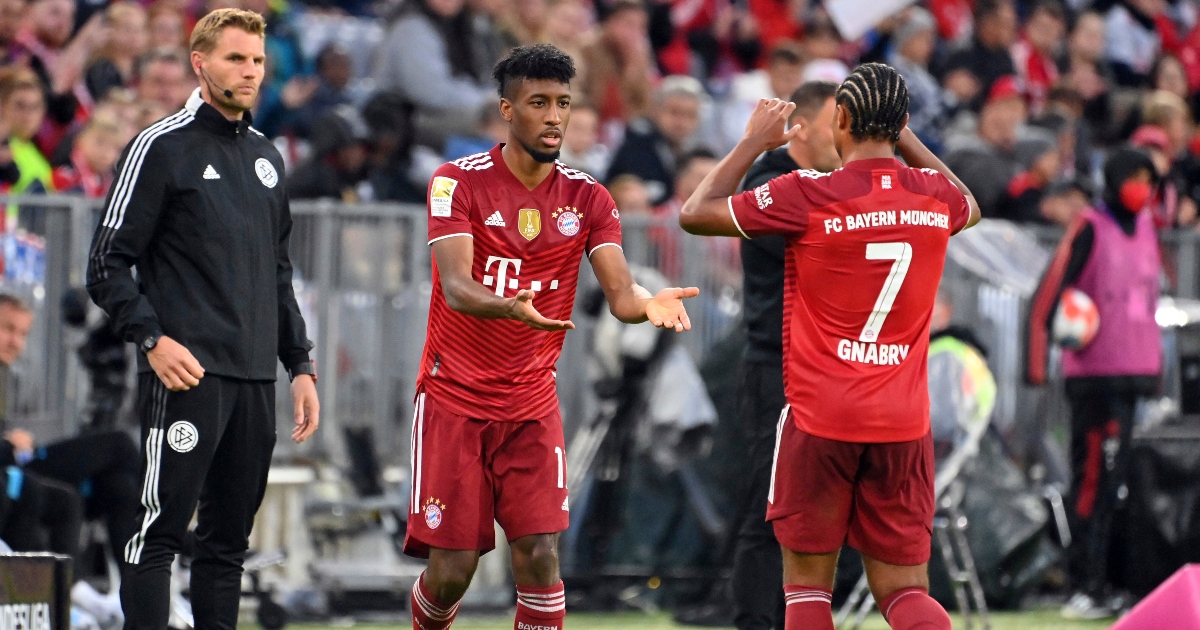 Coman – who underwent minor heart surgery last week – has been at the Bundesliga club since 2015 and has contributed to 91 goals in 204 appearances.

The Frenchman is under contract until 2023 and Le10 Sport [via HITC] say Coman is unlikely to renew at the Allianz Arena.

Fichajes claim Liverpool, Juventus and Tottenham are interested in the player, with The Mirror throwing Chelsea’s name in the mix too.

Bayern have plenty of options in wide areas, with Leroy Sane coming into form and Jamal Musiala developing tremendously.

And Nerlinger believes Coman could follow David Alaba out the door on a free transfer, after the Austria international left for Real Madrid this summer.

“Bayern have a team of the highest quality,” he told Bild TV [as translated by Bavarian Football Works].

“They have a tendency to lose players for free. But you can’t do that in the long run, you have to separate yourself from players if the offer is right.

“Coman is an excellent player but, given the overall situation, I think Bayern will consider selling him.”

The German giants reportedly want around £90million for the player, but it is unlikely anyone will pay that considering his contract situation.

Elsewhere, Liverpool assistant manager Pep Lijnders insists the Carabao Cup has been “gold” for the club despite them not winning it for almost a decade.

“First of all, this League Cup competition has proven gold for us,” said Lijnders.

“I want to give one [name] who is going to start tomorrow and that is Curtis Jones. Why do I want to say his name? Because he will play his 50th game.

“It all started with these kind of games. There are so many diamonds, so many special players, who just can’t wait to make these steps so it is important we keep doing this.

“With one we push, we inspire the entire academy so we have to keep the logic of the inside pathway.”