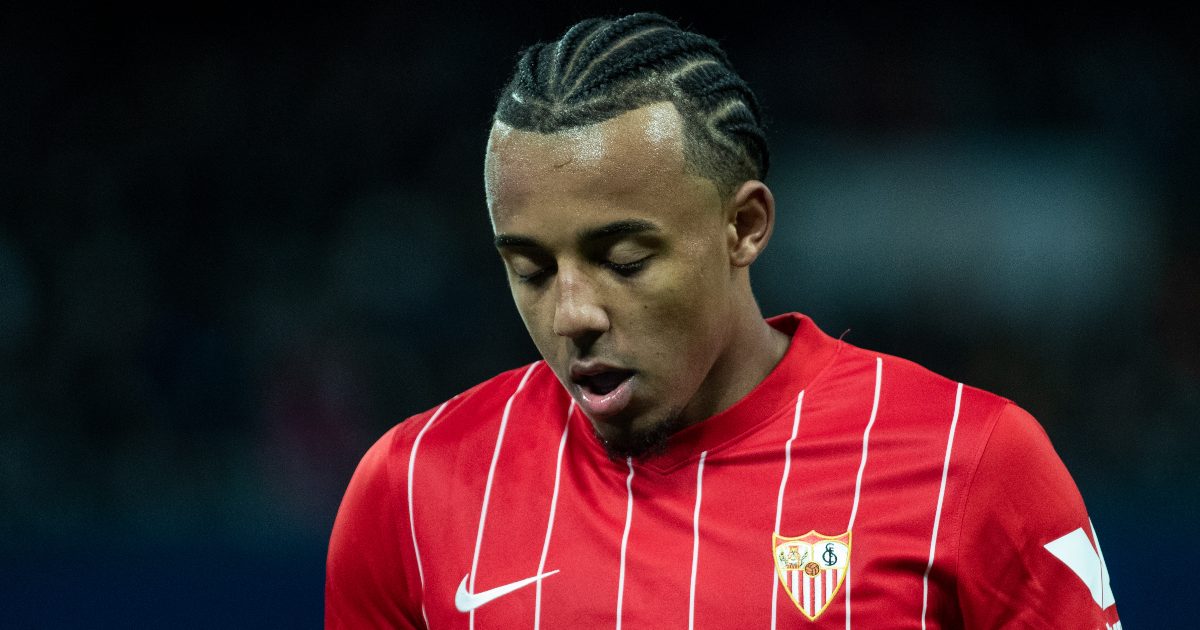 Man Utd are “well placed” to sign Sevilla defender Jules Kounde and the Spanish side have lined up his replacement, according to reports.

The Red Devils were linked with the defender during the summer. This move did not come to fruition but reports are suggesting that they will attempt to sign him in January.

Kounde has been in great form for Sevilla over the past couple of seasons and he is said to be rated at around £68m.

The defender’s form for Sevilla led to him making his senior debut for France this year. He has now been capped seven times and he is expected to be part of the fold at next year’s World Cup.

Spanish outlet SuperDeporte (as cited by Sport Witness) are reporting that Sevilla have “turned their attention” to Barcelona defender Clement Lenglet.

It is stated that Sevilla will only be able to sign him if Kounde “finally leaves”. The report adds that Man Utd are the club “well placed” to make a move for the France international.

Elsewhere, Ralf Rangnick has been confirmed as Man Utd’s new interim manager until the end of the 2021/22 season.

His first game in charge is at home against Crystal Palace on Sunday. Paul Ince has called for Rangnick to “change the whole philosophy” at United:

“Changing the mindset of the club, how it runs, how it functions. Having input over the development, recruitment, coaching staff and styles.

“The club have to allow [Rangnick] to have complete control to take this club where it needs to get to.

“[Rangnick] will have to change the whole philosophy of the club. It’s a tough job for him, it really is.

“Managing Man United, it’s the greatest job in the world if you can get it right, but it can also be a poisoned chalice. After Fergie, we’ve had four managers in eight years.

“Whatever manager they get in the future, Ralf has to lay the foundations. He has to make all the decisions.”