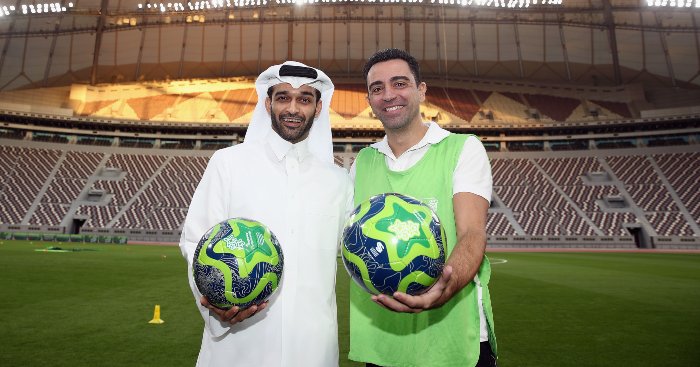 Qatar’s rise to prominence as a prime sporting destination has been dubious at best and downright dangerous at worst. They are by far the smallest country to have won a World Cup bid, under circumstances universally believed to be corrupt. Worst of all, however, has been their despicable approach to workers’ rights and the total lack of global action to hold them to account. The ongoing Club World Cup provides another of a decreasing number of opportunities to put the workers’ plight in the spotlight.

The tournament’s stadia and infrastructure stand as a sorry testament to the tiny, yet tainted Gulf state’s ghastly record on their treatment of migrant workers. It therefore comes as no surprise that human rights continue to play second fiddle when reports emerge surrounding the emirate forcing thousands of migrant workers to slave away in the blistering Qatari heat in order to deliver their grandiose ambitions.

We are at least starting to see some sounds of, if not outright condemnation, then at least recognition of the plight of these workers. Liverpool FC’s CEO, Peter Moores, backed full investigations and justice for the families of the deceased, who regularly receive a pittance in compensation or even nothing at all.

Before reaching Qatar, migrant workers are mis-sold an elusive dream. Promises of pristine living quarters, decent pay and good quality working conditions rapidly dissolve into a dark, squalid lethal reality. They find themselves trapped in a visceral system of abusive employment practices at the hands of one of the world’s biggest oil-rich countries, unable to find a way out.

All this has resulted in an utterly unacceptable and profoundly shameful death toll of some of the world’s most vulnerable labourers. As of June this year that toll stood at 1,426 for Nepalese workers alone, one of the largest migrant communities working on building the World Cup. Furthermore, the Trade Union Confederation has estimated that should conditions not improve in the foreseeable future, at least 4,000 workers will have perished by the first kick-off in December 2022.

Sadly, the troubles often don’t end there. As the Guardian reported this week, death certificates are regularly issued offering little to no detail on the cause of death. They claim that post-mortems are rarely carried out so as to obscure the real reasons behind these fatalities.

Promised changes to law protecting workers, such as improving working conditions, guaranteeing minimum wages while abolishing the labour sponsorship system following a law passed in November 2017, have all failed to materialise. If anything, the situation has worsened, and Qatar continues to capitalise on the workers’ plight.

In September 2019, Amnesty International released a 19-page report titled Reality Check: The State of Migrant Workers, detailing the continued ill-treatment of migrant workers ahead of the 2019 Cup World Cup and 2022 World Cup. The report shed light on the number of submitted complaint claims to contractors over unpaid wages that had been conveniently swept under the carpet.

One Kenyan worker who spoke to Amnesty stated: “For five months I had to live with very little food and no salary. My family was really affected. Tears come to my eyes when I remember where we used to go to find food – in the bins. The company owes me a lot of money which they refuse to pay me.”

Such allegations ought to raise serious concerns not only for organisers, but attendants. While Qatar is hoping visitors will choose to stay only for the expected duration of their tournament tickets due to a literal lack of space, football fans should choose to unite in retaliation to Qatar’s incessant breach of human rights.

Undoubtedly when the tournament kicks off, attention will turn to events on the pitch. Liverpool, one of the world’s most iconic clubs, will grab the headlines, as their highly impressive football so often commands. But as those players ply their trade in Doha’s shiny new facilities, we would all do well to remember the thousands who gave their lives to construct them.

If Qatar won’t respect basic human rights, will governing bodies interject? Will FIFA stand up where Qatar and others have already failed? So far it would appear not.  The responsibility therefore falls to the broader international and footballing community to shout louder and louder against despicable Qatari failings.