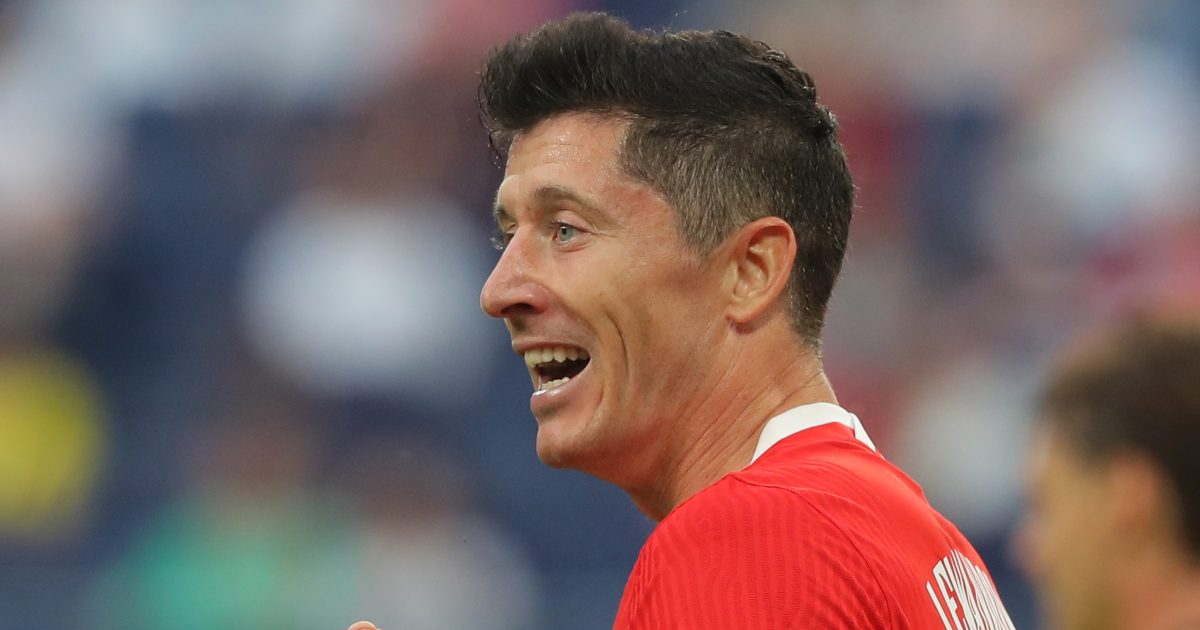 New Bayern Munich manager Julian Nagelsmann has revealed that clubs have “put out feelers” for Robert Lewandowski amid his links to Man City and Chelsea.

The 32-year-old has spent the last seven years with German giants Bayern Munich. Prior to his move there, he enjoyed a stellar four-year spell with Borussia Dortmund.

Lewandowski won the Bundesliga twice with Dortmund and they finished runners-up in the Champions League in 2012/13. He netted 103 times from his 187 outings for them before he joined Bayern on a free transfer in 2014.

The forward has continued to rip it up in Germany for Bayern Munich. He has 294 goals from 329 appearances for them and he has won the Bundesliga title in all seven of his seasons at the club.

Manchester City and Chelsea have both shown an interest in the €60m rated striker.

City see him as a cheaper alternative to Harry Kane, while Lewandowski is one of the strikers Chelsea are looking at.

Now Nangelsmann has admitted that clubs have “put out feelers” for the forward as reported by the Daily Star. The new Bayern boss insists that it is “normal” that this is happening:

“I think it’s normal for someone who scores so many goals that almost every club puts out a feeler.

“I’ve already spoken to him and texted him. I’m not very fond of the first official act with a player being to immediately discuss his contractual situation.”

Back in March, Paul Merson suggested that Lewandowski is “not as good” as Tottenham Hotspur’s Kane.

“I would say he is already the most talented player in the England squad – more talented than Grealish and Foden even.

“He scores so many goals, and he passes the ball better than both of them as well.

“Robert Lewandowski won the award for the best player in the world last year. But he’s not as good as Harry Kane.

“He’s only ripped it up in Germany. Kane is doing it in the Premier League.

“And I can’t remember Lewandowski touching the ball at the last World Cup. But Kane won the Golden Boot.”