Home All The News Coca-Cola, McDonald’s demand Blatter steps down 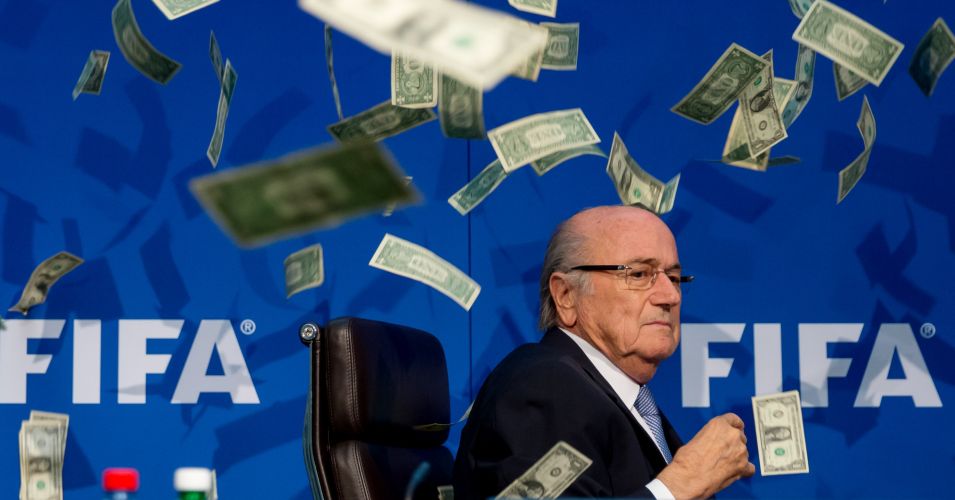 Coca-Cola, McDonald’s, Visa and Budweiser have all called for Sepp Blatter to stand down immediately as FIFA president as football continues to eat itself.

In what appeared an orchestrated action, the heavyweight quartet all issued statements saying Blatter should resign immediately after a week which has seen criminal proceedings opened against him in Switzerland.

Blatter’s immediate response was to insist that he is staying in office until February but the action of such high-profile sponsors will crank up the pressure on the 79-year-old to an intense degree.

Football Association chairman Dyke said: “I think this is a game-changer. It doesn’t matter what Mr Blatter says now – if the people who pay for FIFA want a change they will get a change.

“What is important is that it isn’t just about Mr Blatter standing down – it’s about making sure there is a comprehensive and effective reform programme. So for those of us who want fundamental change this is good news.”

Coca-Cola, one of FIFA’s oldest sponsors, took the first step, saying: “For the benefit of the game, the Coca-Cola Company is calling for FIFA president Joseph Blatter to step down immediately so that a credible and sustainable reform process can begin in earnest.

“Every day that passes, the image and reputation of FIFA continues to tarnish. FIFA needs comprehensive and urgent reform, and that can only be accomplished through a truly independent approach.”

McDonald’s added: “The events of recent weeks have continued to diminish the reputation of FIFA and public confidence in its leadership.”

Visa said: “Given the events of the last week, it is clear it would be in the best interests of FIFA and the sport for Sepp Blatter to step down immediately.”

Blatter is suspected of criminal mismanagement or misappropriation over a TV rights deal he signed with former Caribbean football chief Jack Warner in 2005.

He is also suspected of “a disloyal payment” in 2011 of two million Swiss francs (£1.35million on current exchange rates) to current UEFA president and FIFA presidential candidate Michel Platini for work apparently carried out by the Frenchman more than nine years before, between 1999 and 2002. The pair are understood to be under investigation by FIFA’s ethics committee.

Blatter has denied wrongdoing. His United States-based lawyer Richard Cullen said in a statement: “While Coca-Cola is a valued sponsor of FIFA, Mr Blatter respectfully disagrees with its position and believes firmly that his leaving office now would not be in the best interest of FIFA, nor would it advance the process of reform and, therefore, he will not resign.”

The statement from Budweiser’s producers AB InBev said Blatter’s continued presence was “an obstacle in the reform process”.