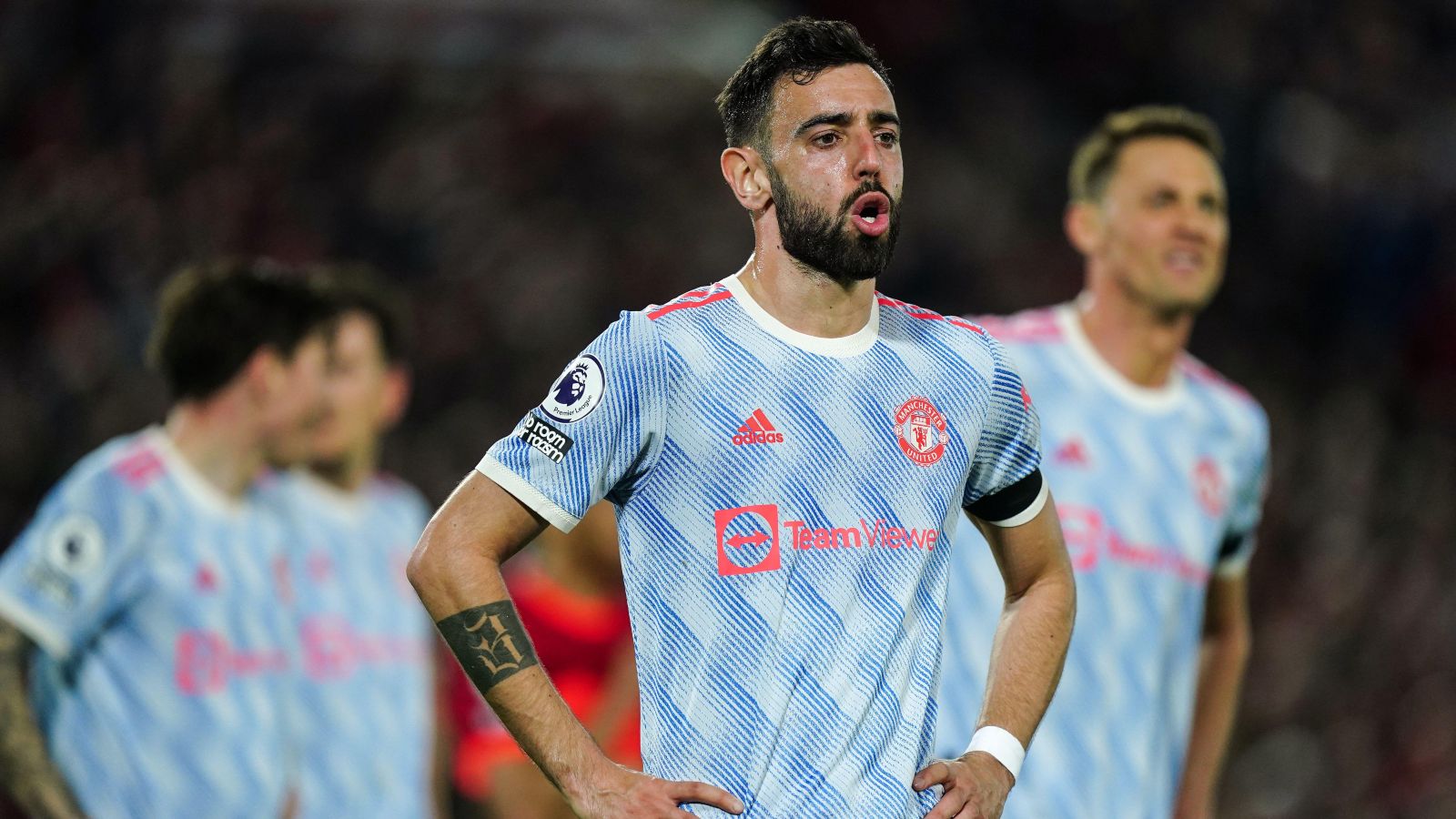 Former England international Joe Cole thinks Bruno Fernandes has “struggled at Man Utd this season because their play hasn’t “flowing through him”.

The Portugal international has still contributed nine goals and six assists in the Premier League for the Red Devils this season but it’s some way short of the 18 goals and 12 assists he got last term.

Fernandes has not been helped by the team’s general below-par displays under Ralf Rangnick but the 27-year-old has now failed to make a goal contribution for Man Utd in over two months.

And Cole thinks the “pressure on his shoulders” and a change in the way the team are playing this season hasn’t helped Fernandes.

“Bruno is what I like to call a high-tariff player,” former Liverpool midfielder Cole told Coral.

“He takes risks with the ball, he likes to be the player everything goes through and he’s a tremendous footballer with great technical ability.

“But I think he’s struggled with the pressure on his shoulders. The team just isn’t working this season. And I feel like Bruno operates a lot better when things are flowing through him.

“At the moment, obviously you’ve got [Cristiano] Ronaldo, and he becomes the pivotal point. Bruno is a rhythm player and needs things going through him and he’ll take chances. And when it doesn’t work, then I feel like he struggles.

“It highlights the other side of his game, he’s not an amazing presser, he’s not physically good. He’s like a quarterback, he needs to be dictating the play.”

Bruno Fernandes still has the most assists in the Champions League this season despite Man United being knocked out in the last 16 🎯 pic.twitter.com/Bpq3D0mJZi

Ronaldo has scored 23 goals in 36 appearances for Man Utd this campaign but has still come in for some criticism over his overall performances.

On the Man Utd striker, Cole added: “Ronaldo will score goals. If you put him in front of goal in ten years’ time, he’ll still put it away. He is just an incredible player who is no doubt one of the greatest of all time.

“There’s no cohesion at all in this Manchester United team, so the fact he is still managing to score goals is a credit to him.

“I would imagine Manchester United not winning a trophy is not good enough for him, because no matter how many goals he has scored, he’s such a winner.”