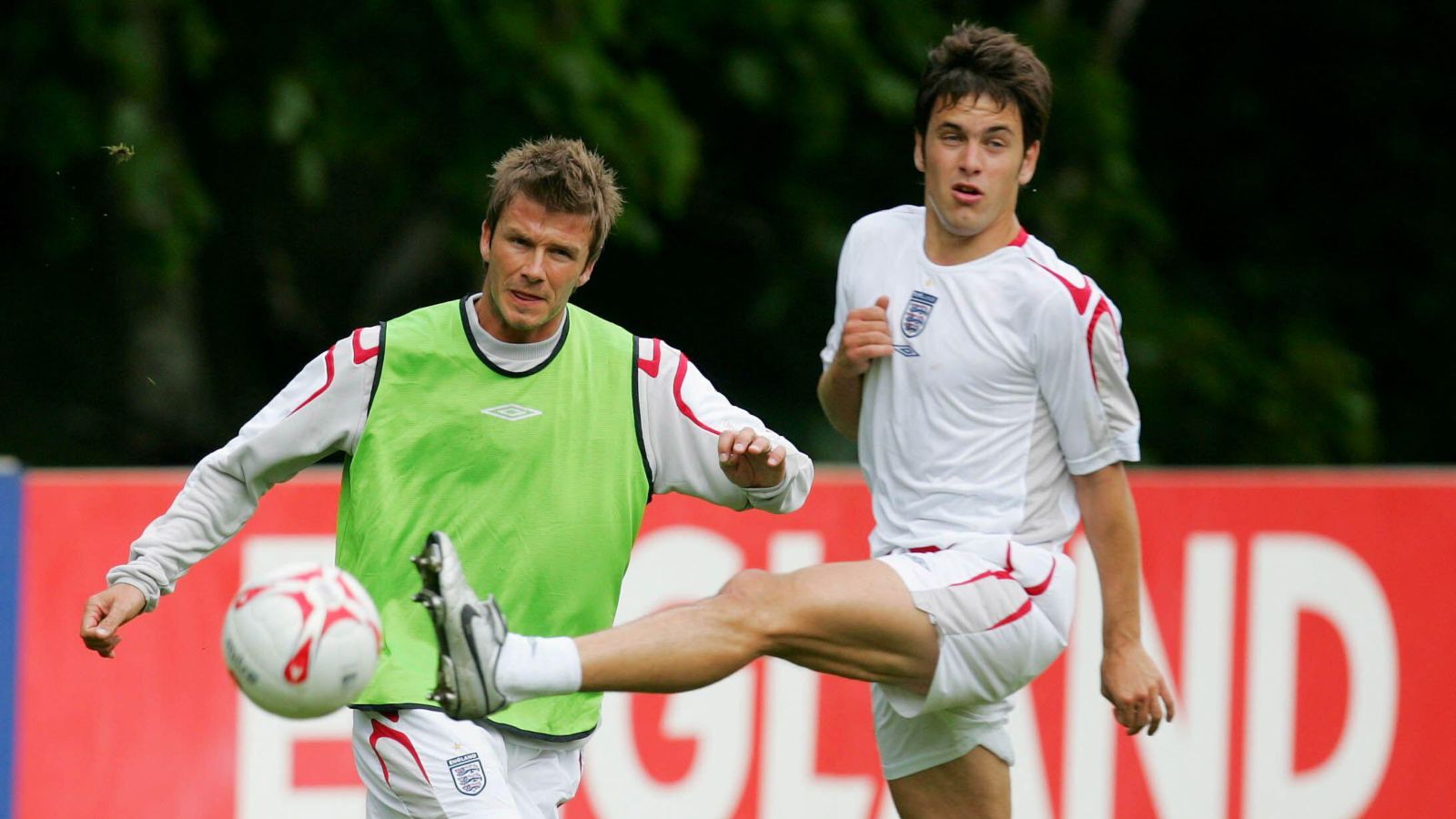 The England international has emerged as one of the best passers in world football in recent years at Anfield.

Alexander-Arnold has got 43 assists Premier League assists over the last four seasons and has become one of the most important attacking players at Liverpool.

The Liverpool wing-back was brilliant again as the Reds beat Benfica 3-1 in the first leg of their Champions League quarter-final, showing off his range of passing.

And former Chelsea and Liverpool midfielder Cole likened him to Man Utd and England legend Beckham but thinks he is actually “better” in many ways.

“That’s saying something because Becks was the best of my generation. The problem England have got is we’ve also got [Chelsea right-back] Reece James.

“You cannot leave either of them out, they’ve both got outstanding attributes. Tactically, can Gareth Southgate find a way of getting them both in the team?”

When it comes to ball delivery, there aren’t many players in the world right now better than Trent Alexander-Arnold according to @rioferdy5 & Joe Cole ☄️#UCLTONIGHT pic.twitter.com/QAd4zl8sf1

Fellow BT Sport pundit Rio Ferdinand added: : “Trent is as good a passer as anyone on the planet right now, I don’t care.

“When I saw one of his passes yesterday, I was screaming. And it’s not usually passes that do that to me. It’s out or order the way he passes the ball. It’s not only the execution, it’s the vision.”

Meanwhile, Liverpool boss Jurgen Klopp has played down suggestions that their crunch clash with Manchester City is a Premier League title decider.

“If we win against City, which is already difficult enough, I think no one would think, ‘that’s it, decided’, because of the quality of the opponent,” said Klopp.

“We play now against the best team in the world but we will give it a try anyway.

“Everyone knows about the importance of the next game, but after this game there will be other game in another competition but also in the Premier League as well.

“That’s the situation and we will give it a proper try.”