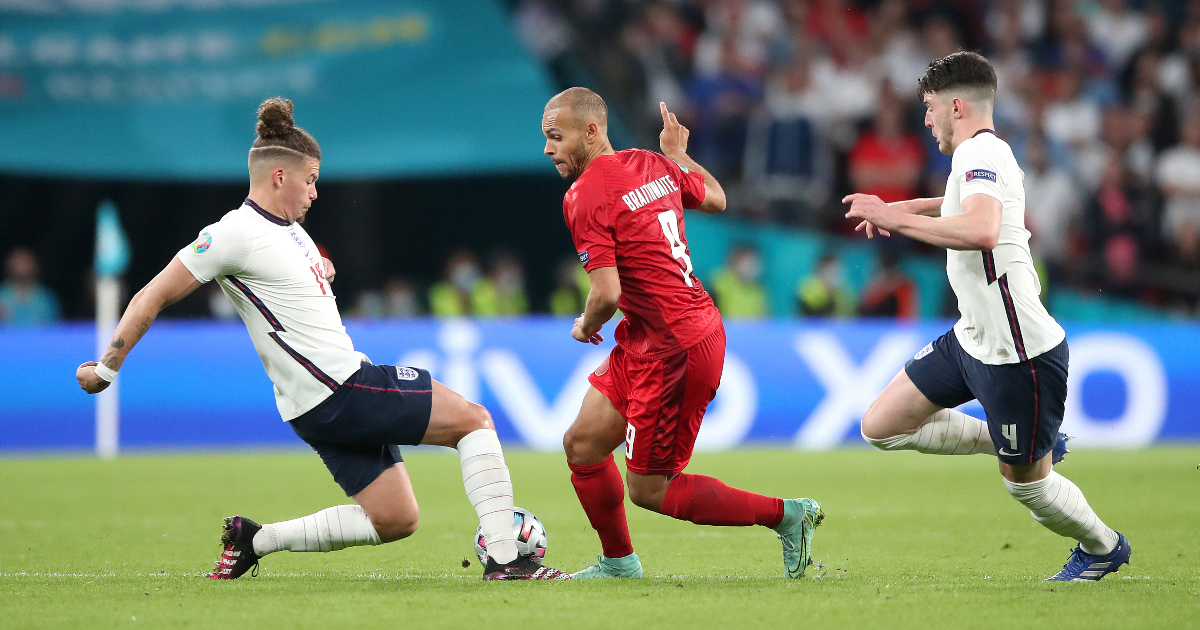 Ashley Cole has revealed that he issued a personal apology to Kalvin Phillips after England’s Euro 2020 semi-final victory against Denmark last night.

The Three Lions will face off against Italy at Wembley in Sunday’s final after defeating the Danes in extra-time.

Harry Kane scored the decisive goal, latching onto his own missed penalty to take England to their first European Championship final.

ITV need to go off-script and make one final decision

Phillips put in yet another solid display for Gareth Southgate’s team, lasting the full 120 minutes.

The Leeds United man’s inclusion in the England starting 11 was under scrutiny at the start of the tournament, but he has since justified Southgate’s decision and shut up his critics.

One of his critics were ex-Chelsea defender Ashley Cole, who had questions Phillips’ inclusion on social media, suggesting that the midfielder didn’t warrant a starting spot.

However, after the win against Denmark, the retired left-back revealed that he has spoken to the 25-year-old and apologised for his opinion.

“I’ll say it live on air, I had to get Kalvin Phillips here and say to him, ‘you know what… big respect’.

“I think he’s been tremendous in this tournament, he’s been so solid and integral in this England team.

“I think they’ve worked so hard in the game and to see how happy they are with the staff, the manager, the coaches, it’s brilliant to see so I’m delighted with that.”

Phillips’ great form for club and country has resulted in plenty of speculation about his future at the Yorkshire club.

The midfielder is said to be happy at Leeds and is unlikely to leave for Liverpool.

He has caught the attention of Liverpool scouts in recent months, but his agent believes a prolonged stay at Elland Road is on the cards.

Speaking to the i, agent Kevin Sharp said: “Before Kalvin signed his last contract, we had good interest so we sat down and explored all the pros and cons.

“His desire was never to leave, it was to be rewarded and stay and play for the team he supported as a kid.”