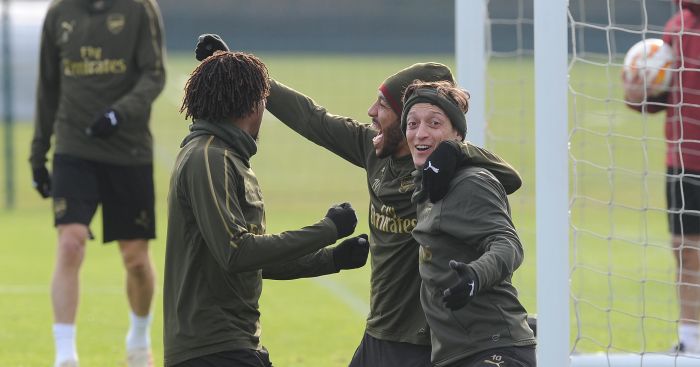 The German playmaker sat out his 20th match of the campaign as the Gunners lost 1-0 to BATE Borisov on Thursday night.

Despite training all week, Ozil also missed their 2-1 win over Huddersfield Town at the weekend through illness and it’s understood he was left out the BATE game for the same reason.

“It’s becoming a bit of a comedy sketch at the moment,” Cole told Sky Sports. “We know how talented he is.

“The manager has decided maybe he doesn’t want him in the team, he doesn’t work hard enough or whatever, but sometimes when you have that luxury, I think some of the boys in the team would be prepared to work a little bit harder to get him on the ball to produce that magic.

“Arsenal over the previous years, when Wenger was there, did that. You’ve got to play your best players when you need them, and Ozil is one of Arsenal’s best.

“If you asked Lacazette and Aubameyang: ‘Do you want Mesut to play?’ they’d say yes all day long, all day long! It’s really, really strange.”