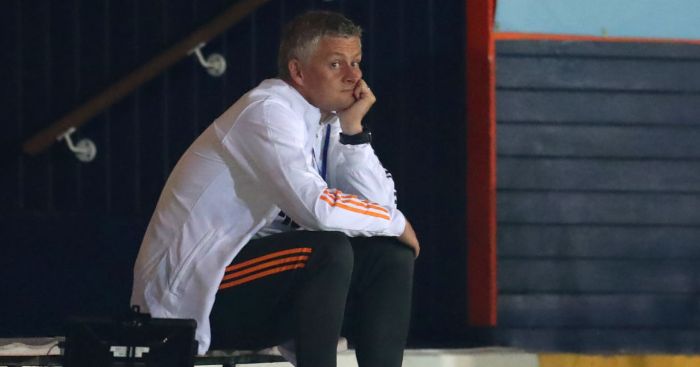 Andy Cole says Ole Gunnar Solskjaer needs to “be a very a good salesman” to persuade the players he wants to join Manchester United.

With just 10 days until the transfer window closes, United bosses are working on strengthening the squad, with a right winger and a centre-back thought to be the priority.

But Cole believes Solskjaer’s task has been made more difficult by the success of the likes of Manchester City and Liverpool, with quality players targeting instant success rather than a rebuild.

He told Goal:  “To try and close the gap on Liverpool and Manchester City they are going to have to stop buying to improve themselves. At the moment they’re vying for the same type of players. It’s a double-edged sword.

“When Manchester United were dominating all the best players wanted to come to Man United and they wanted to come for a reason, because they had the opportunity of winning and that’s what it’s about.

“When you don’t have the opportunity to win you’re not going to say you will go to Man United if Liverpool or Man City are interested. Instead, you’re going to go to one of those clubs where you can win things.

“Or do I want to start winning things now and then in three years’ time if I’ve won it three times and then they come in for me then I could consider that I’ll move then. To convince players at the peak of their playing career to join a club and a project that will take two or three years, you’ve got to be a very good salesman.”

Jadon Sancho remains the prime target, but with Dortmund refusing to budge in their valuation there remains an impasse between the clubs.

“Of course fresh faces change things but I look at where we’ve been over the past few years and we’ve got to a stage where we’re making signings that wouldn’t make us any better,” Cole added.

“Loads of players have been brought in but in the end the majority of players are no longer at the club , so you ask yourself the question ‘are we buying the right players?’ Because it’s not worked out for whatever reason.

“Sancho hasn’t made any fuss about trying to force a move to United. If he was doing that I would turn around and think this kid really fancies going.

“From the outside looking in it looks like he thinks ‘yeah, I will get on with things at Dortmund, I’m not really fussed about it.’ So does he really want to come? Previously when people have wanted to come, the player has said ‘I want to go.’ We’ve got two weeks left of the window and all this time [up to now] nothing has happened. He’s not trying to push it.”