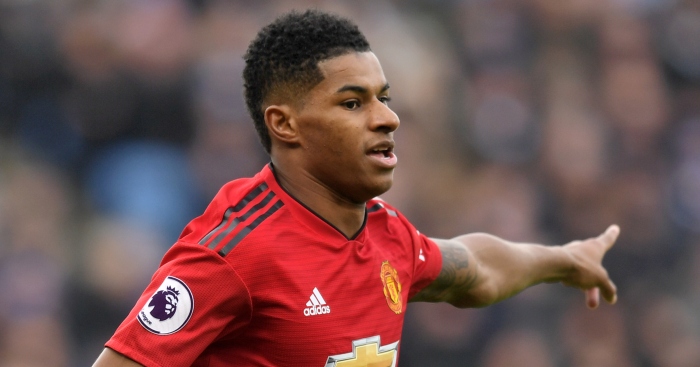 Solskjaer was appointed on a permanent basis last week after a phenomenal interim reign as United manager.

Rashford was one of the Norwegian’s best players, scoring eight goals and assisting four in 18 games.

The forward netted the first goal of Solskjaer’s permanent spell in the 2-1 win over Watford, and Cole feels the new manager has undone any damage inflicted by Jose Mourinho.

“Rashford has got all of the ability in the world but you could tell his confidence was waning under the previous manager, it was getting lower and lower,” he told Monday Night Football.

“Ole has gone in there and said to him ‘we all know how good you are, just believe in yourself’, and he’s done that.

“When Rashford first came into the team we all knew what he could do. He kind of went away from that a little but now he’s back doing what he’s good at.”

Asked whether Solskjaer could build the team around Rashford, Cole replied: “He’s a baby, of course you can.

“He came out the other day and said he was prepared to sign a new contract, so he’s telling everyone he wants to stay not only for the short haul but the long haul.

“You’ve got to build your team around the local boys, I was fortunate to do that in my time at Manchester United. Rashford will be one of the mainstays at the football club.”