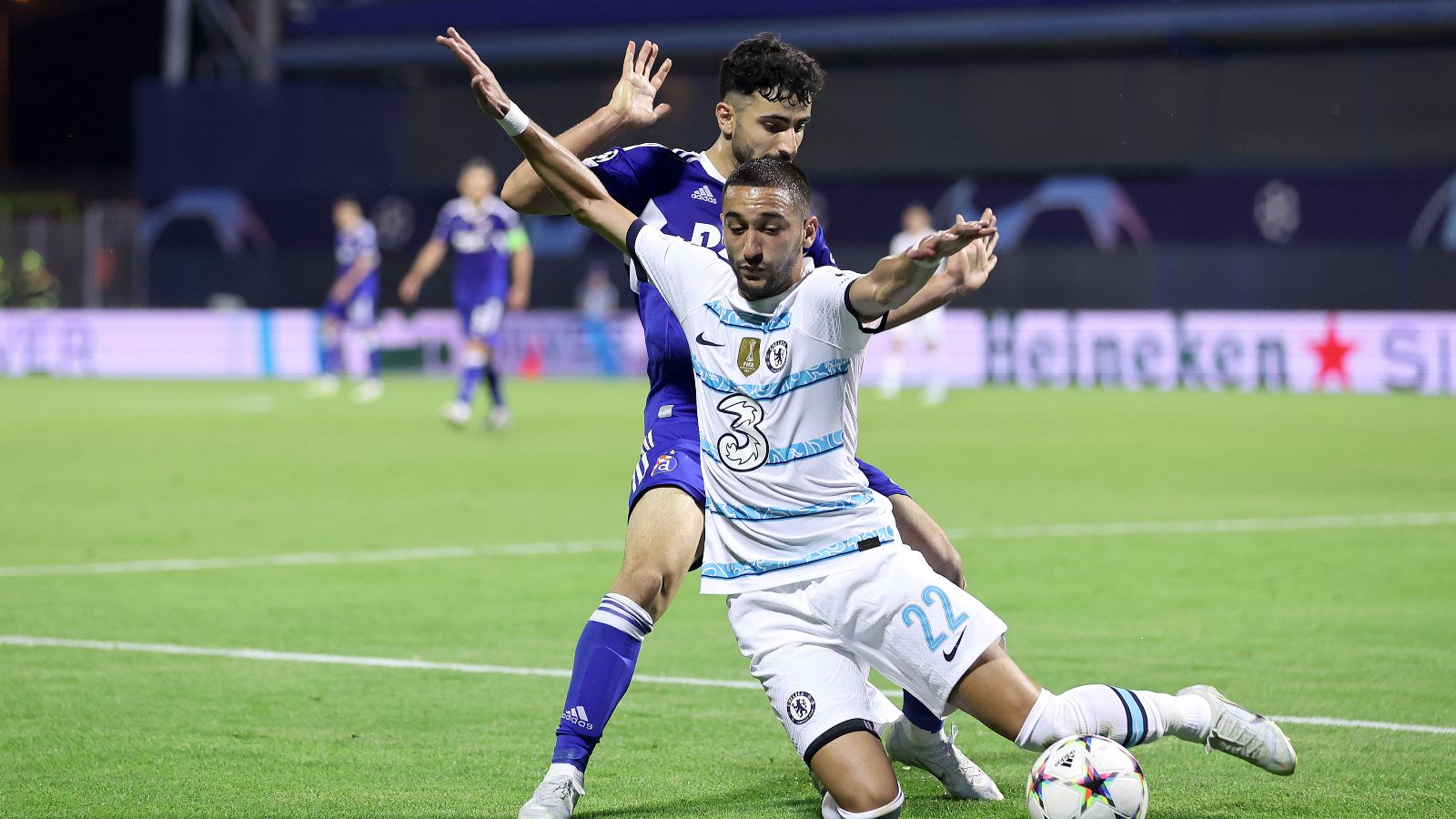 Chelsea had their first game in the Champions League group stages on Tuesday evening as they faced Dinamo Zagreb in Croatia.

The Blues have had a tough start to the new season and this continued in their midweek outing in Europe.

Pierre-Emerick Aubemayang had a goal disallowed on his debut and Reece James struck the post before the end.

Chelsea did not deserve to come away with anything and they will look to bounce back when they host Red Bull Salzburg in their second group game next week.

Cole picked out Kalidou Koulibaly and Hakim Ziyech for criticism post-match as he thinks that Thomas Tuchel will have “lots of players knocking at his door”:

“Well, where do you start?” Cole told BT Sport.

“They need to pull it together as soon as they can. There were countless instances where [Kalidou] Koulibaly was caught on the wrong side and for a 31-year-old defender he needs to really get up to speed on playing in the Champions League and the Premier League regularly.

“I think on the other end of the pitch, there is a lack of confidence beginning to develop, we are talking about lack of goals and assists.

“The only positive for Thomas Tuchel once the dust settles is that there will be lots of players knocking at his door saying why aren’t I playing and wanting to be given a chance.

“Those players have come in to tonight and given a chance and have not taken it, so at least you can say to them, I am not playing you and showing them the clips.

“[Hakim] Ziyech has a lot of talent, but it is just not clicking for him at Chelsea so it’s a disappointing night for the club, a shock result.”

Peter Crouch was also unimpressed by Chelsea’s showing. He has argued that there are not many Blues players you can “hang your hat on” to perform:

“On paper, Chelsea are a far better side than Zagreb, but they had no mentality or character and Zagreb walked all over them tonight in that department,” Crouch added.

“When you lose games away from home it’s about mentality and character – there’s too many players I think in this Chelsea team that you can’t hang your hat on.

“I love them as players but I feel like it’s too easy at times, and it would frustrate me as a Chelsea fan.”