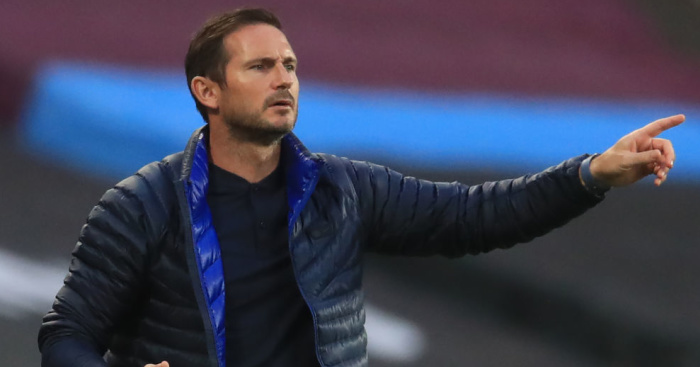 Ashley Cole has advised Frank Lampard to set up his Chelsea side more defensively against Liverpool at Anfield next week.

Chelsea’s hopes of securing a spot in next season’s Champions League were helped by their 1-0 win over Norwich on Tuesday night, as they moved four points clear of Leicester and Manchester United.

Liverpool are unbeaten on home soil since April 2017, and Cole believes Lampard may have to alter his team’s approach to the match.

“No, they’re two very, very good sides,” he told Sky Sports when asked of Chelsea’s opponents for the final two matches of the season.

“You go to Anfield when they’re going to get the Premier League trophy so hopefully they’ve had another night out before the game and they’re not too worried about it.

“Always, Chelsea vs Liverpool, they’re tough games and there’s always something on it.

“Chelsea have to go there and try and be ruthless, try and maybe sit back and have a kind of defensive mindset going into this game.”

Yet Cole admitted he could accept defeat at Liverpool provided his old side win their final match.

“I feel to get six points is tough, playing Liverpool away and Wolves at home, I think you’d take three to be honest,” he continued.

“Going into the last game of the season saying, ‘Right we have to win this and we’re safe’, then I’d take that as a Chelsea manager.”