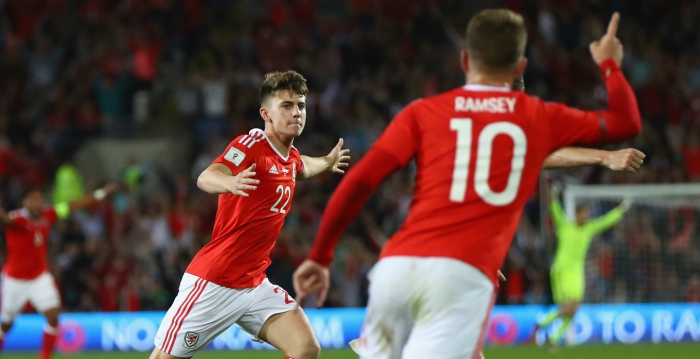 Wales boss Chris Coleman feels he has been proven correct to give Ben Woodburn his international chance despite Jurgen Klopp’s opposition.

Liverpool teenager Woodburn has been a sensation in his first two Wales games when he has been used as a second-half impact substitute.

The 17-year-old scored a superb winner against Austria on Saturday just 261 seconds after stepping off the bench to make his debut.

Then, on Tuesday night, Woodburn turned provider with a brilliant run and cross for Hal Robson-Kanu to break the deadlock in Wales’ 2-0 win in Moldova.

Those victories have put Wales back into World Cup qualifying contention – but Coleman admits Liverpool boss Klopp was concerned by Woodburn being thrust on to the international stage at such a tender age.

“Jurgen felt it was a bit early for Ben (playing for Wales) but we’ve all got opinions, which is what is great about football,” Coleman said.

“I felt that if he was in the first team for Liverpool, and he is, he scored that great debut goal at the Kop end, then he was ready.

“We weren’t going to start him in both games and play him for 90 minutes.

“We were going to be choosy with when we use him, but he’s a good young talent that’s for sure.”

Klopp expressed his exasperation with the Wales management in March when Woodburn was first called into the senior squad for a World Cup qualifier against the Republic of Ireland.

Asked if he had spoken to Coleman about Woodburn’s call-up, Klopp said: “Actually I was surprised by this. I don’t know exactly how it’s normal here.

“This should not be a criticism, but usually when you call up a player, a 17-year-old player, I thought it would be possible to call me.”

Woodburn made nine appearances in his breakthrough season at Anfield last term when he became Liverpool’s youngest-ever goalscorer – at 17 years and 45 days – in an EFL Cup tie against Leeds.

But he has not been part of any Liverpool matchday squad this season, and it remains to be seen whether the Reds will sanction a loan spell for the striker to get game-time.

Coleman said: “It will be up to Jurgen and Ben on how far or close he is to the first team.

“What we’ve seen is that he is a very bright player and he’s certainly shown enough with us again.

“Whatever is the next six or 12 months will be up to Jurgen and Ben himself.”