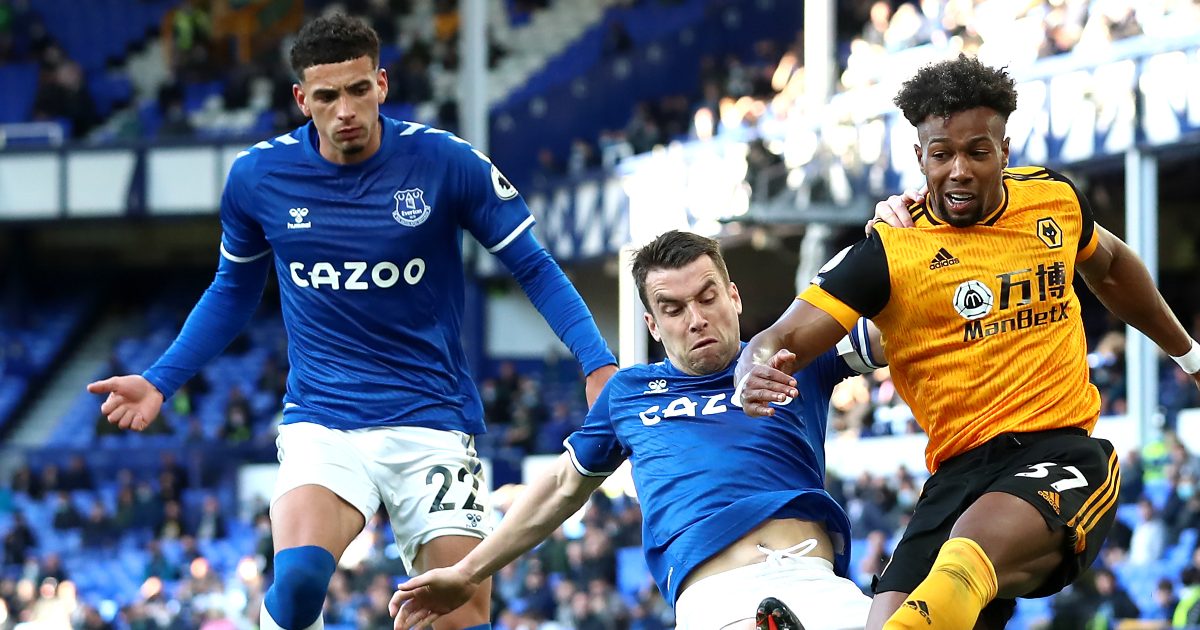 Seamus Coleman has insisted that there are “more leaders across the squad” and he has picked out three candidates to replace him as Everton captain.

The right-back signed for the Toffees from League of Ireland Premier Division outfit Sligo Rovers. He cost the Premier League side around £60,000 in 2009.

After a loan spell at Blackpool in the Championship, Coleman established himself as a first-team mainstay during the 2010/11 season.

Overall, Coleman has racked up 350 appearances for Everton across all competitions. He has also been a key player for the Republic of Ireland since 2011 as he has been capped 59 times.

The defender became Everton’s new captain in 2019 when Phil Jagielka left the club. He has recently penned a new one-year deal at Goodison Park.

Coleman has picked out three candidates to replace him as captain in an interview with the club’s official website.

The 32-year-old believes that Tom Davies, Ben Godrey and Mason Holgate could take over from him in the future:

“Slowly but surely, we are gathering some more leaders across the squad.

“Ben Godfrey has come in and is an unbelievable character with a lot of leadership qualities.

“But it’s something we all need to do as a group for the bigger picture – every day turn up with the leadership skills.

“If you are in the team or not, it shouldn’t change what we are like as a group.

“And I do see that improving, definitely.

“We need to have more of a tougher resilience. We had some great moments last year and then fell away at times.

“If we can start the season well and can stay on top of the little things then we can improve on what has been a disappointing couple of seasons in terms of league positions.

“We know, as players, we need to be achieving a lot higher position than that.”