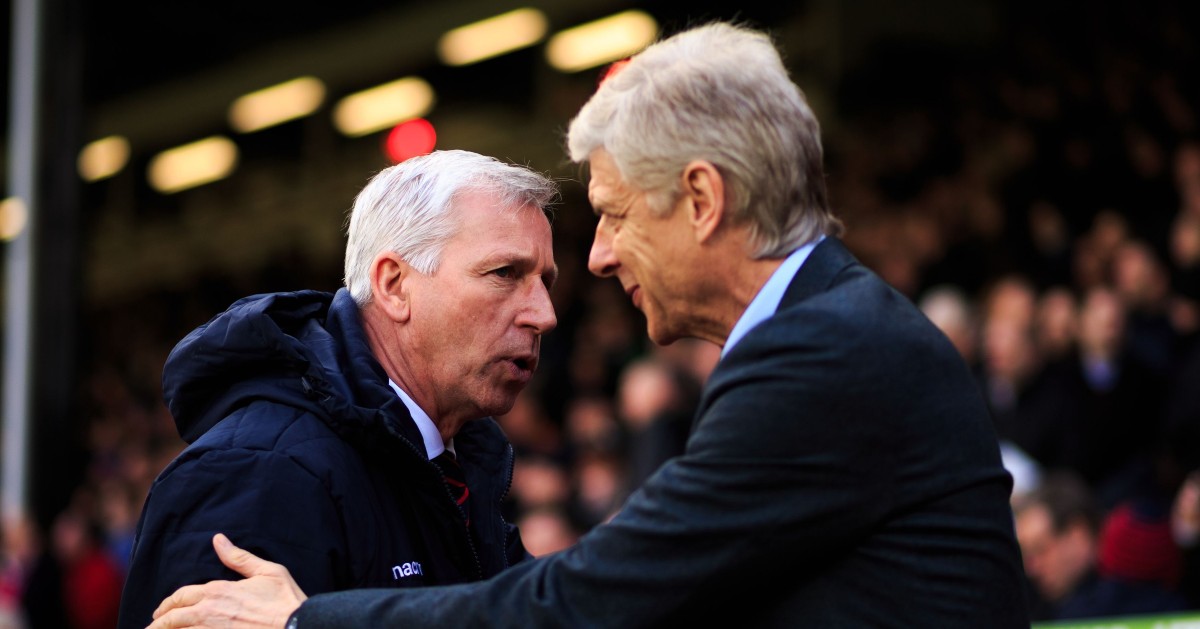 Stan Collymore wants Arsenal to replace Mikel Arteta with Patrick Vieira if Crystal Palace finish in the top half of the Premier League, regardless of whether the Gunners qualify for the Champions League.

Collymore, who seems to have panicked upon learning of the imminent deadline for his latest Daily Mirror column, reckons taking Palace from 14th under Roy Hodgson last season to 10th this campaign is an achievement of such magnitude that Arsenal simply could not resist appointing Vieira.

Arteta has taken the Gunners to fourth, one point ahead of Manchester United with three games in hand, which obviously equates to a sackable offence.

‘Whisper it, but Crystal Palace are in the Premier League’s top 10 with 10 games to go and, if they can stay there until the end of the season, it will be the first time they have achieved a top-half finish,’ Collymore writes, understandably banishing from memory the tenth-placed finish Alan Pardew engineered in the 2014/15 season.

Arsenal came third then but Arsene Wenger should obviously have made way for The King.

Collymore insists that he is ‘not dismissing what Arteta is doing’ by saying he should lose his job for meeting, if not exceeding expectations. He simply says he is ‘convinced’ that Bukayo Saka, Emile Smith Rowe and Gabriel Martinelli ‘would all learn more about heart, desire and winning with ruthless efficiency in a week under Vieira than they would in three seasons under the Spaniard’.

Saka has eight goals and five assists in 23 Premier League starts, none as a striker. Smith Rowe has been outscored by only eight players. Martinelli has arguably too much heart, desire and ruthless efficiency for a 20-year-old.

Collymore does not go into great depth about Vieira’s suitability and quality, merely saying he ‘has gone under the radar as a manager’ and ‘was made in the Premier League’ as a player, which ‘stands him in such good stead to manage here’.

But the Frenchman ‘would inherit those three mercurial players and give them all more spirit, more feistiness’ and ‘show them how to be routine winners’.

Arteta, good as he is, can only help Saka, Smith Rowe and Martinelli become ‘very good players for Arsenal’. Vieira ‘is a different beast’ who can turn them into ‘Premier League legends’.

Collymore also ‘wouldn’t be at all surprised if Arsenal weren’t tracking his progress and if at some point they didn’t decide to pull the trigger on Arteta to take Vieira back home,’ which is an awful lot of double negatives that might actually cancel out what he wants to say.

‘It will all depend on him getting Palace into the top 10, though, that’s the first glass ceiling he has to break through,’ he says in his final paragraph of a ‘glass ceiling’ Pardew shattered seven years ago, only to never get his Arsenal chance.