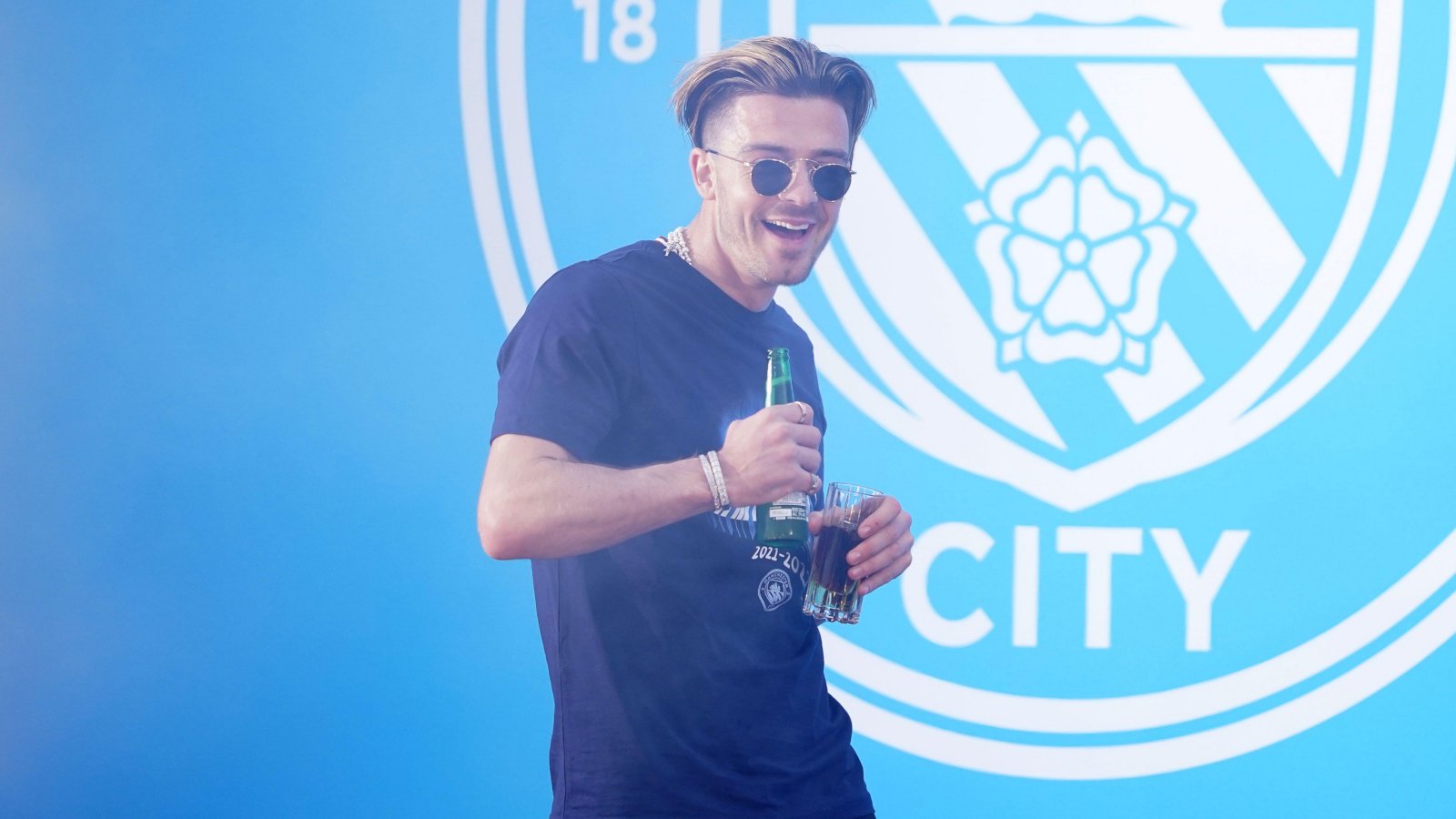 Stan Collymore has told Jack Grealish to buckle down and avoid the “circus” he and Paul Gascoigne experienced in their careers.

Grealish has been away with friends in Las Vegas this summer having won the Premier League title with Manchester City last term, with pictures of him enjoying himself plastered across the tabloids and on social media.

And Collymore says Grealish reminds him of himself, and warned him to focus on his football to avoid the same mistakes he made.

Collymore said (via Mirror): “I recoil every time I see him on the front a newspaper because my concern is that, with the acquiescence of the media, he is painting himself as, ‘the new Gazza’. Everyone has been looking for one and we thought it might be Phil Foden for a while, but if Jack isn’t careful it’s going to be him.

“As soon as I read he was going to Las Vegas with a load of mates, I thought the media was setting the scene for a wild weekend. For all we knew, they could have been going off on a Buddhist retreat — but obviously the narrative is already right because of course he was going to stick on the Beatles sunglasses with his bleached blond hair and all the gear.

“What Jack has done is basically what I did after signing for Liverpool in 1995. I treated all my mates to a holiday in Ayia Napa and the paps were there, getting photos of me doing bungee jumps and coming out of bars, having a pint in squares with a young Frank Lampard and Jamie Redknapp. So I know what’s coming for Jack and what’s coming is, firstly, they say, ‘Good looking lad, all right, Jack, he’s enjoying it’. And he’ll be thinking, ‘I can play football and go out, what a great life this is’.

“But then he’ll have a run of bad games and the dye will be cast, and once it’s cast it’s very difficult to get off. I guarantee Jurgen Klopp will be seeing the photos and thinking, ‘I dodged a bullet there’. While his boss at City, Pep Guardiola, will be saying, ‘Okay, you’re pickling your liver. Well, let’s see what you’re like in pre-season compared to the other boys’.

“The problem then comes when you get an injury because if City bring someone else in and decide to biff Jack off, I just don’t want him to be the circus I was, where you go from club to club to club looking to be happy, you then go to Bradford who are struggling, then to Spain to try to rescue your career, and before you know it you’re done and dusted at 31.

“He has choices to make now — he can either keep playing football and partying, although I’m yet to know of anyone who can do both well. Or he can become like Kevin De Bruyne, who you rarely hear of beyond football. When he’s finished, he’ll still only be early-30s and a good-looking boy, and there’ll be plenty of time to do all the things he wants to do then.

“Don’t get me wrong, he’ll win trophies with City if he goes on the toot seven days a week but he won’t be the top man. Fans are already saying, ‘Come on, he won the Premier League last year’, but how much did he contribute? I just want him to do well — he’s from my neck of the woods and he reminds me of me a bit, a bit gullible, perhaps, and not as in control of everything as he thinks. He’s looked after by Jonathan Barnett, Gareth Bale’s agent, and he needs to step up now and say, ‘Are we supporting Jack to be an elite athlete or a clothes or hair model?’ They have handled Gareth perfectly and now I want them to do the same with Jack.”