Home All The News Collymore: Son’s reaction to Gomes injury was ‘over the top’ 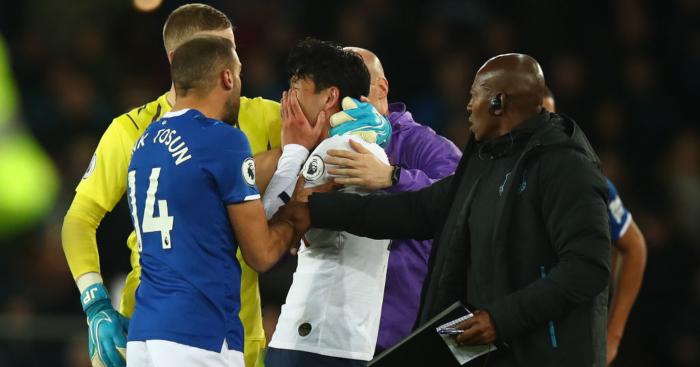 Stan Collymore thinks Son Heung-min’s reaction to Andre Gomes’ horror injury was “over the top” in Everton’s 1-1 draw with Tottenham on Sunday.

Dele Alli’s first Premier League away goal since January looked like giving the visitors their first win on the road in 10 months until the Cenk Tosun’s late intervention.

But the comeback was clouded by a terrible injury to Gomes in the second half which saw Son initially yellow-carded before being shown a red by referee Martin Atkinson.

“I am not saying [Son and Aurier] shouldn’t have been upset or shown distress, because these are normal human emotions,” Collymore wrote in the Daily Mirror.

“They way Son reacted made it look like he thought football — the referee, the authorities, fans at home and in the crowd, opponents – was going to come down on him like a ton of bricks, even though we could all see he didn’t deliberately go out to cause Gomes’ injury.

“For a while now, I have been bothered that players and managers seem to think they must show an extreme version of their emotions because of the comeback they will get if they do not.

“Nowadays, footballers seemingly have to go over the top to present themselves before the court of public opinion and that needs to stop.”