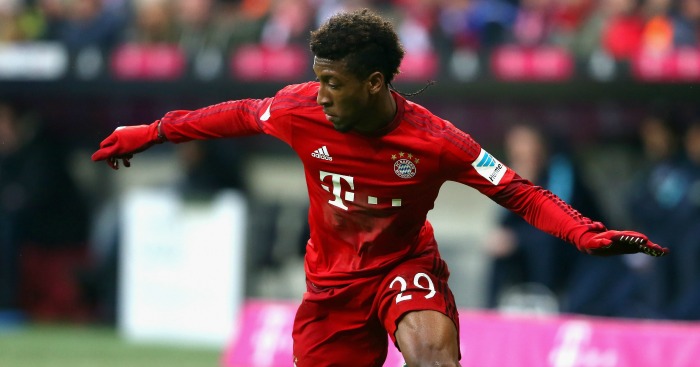 Kingsley Coman says that he considered moving to Manchester City last summer, and has not completed ruled out the prospect of joining in the future.

City failed in their bid to sign Comon last year, but it is thought that Pep Guardiola will return in a bid to procure the winger’s services again this summer.

Coman only joined Bayern on a permanent deal from Juventus last week, but City are said to be still willing to pay up to £50m to sign him.

The 20-year-old has started just nine Bundesliga games this campaign, and his future is far from certain.

“I didn’t hesitate in relation to Manchester City or the coach, but because of my situation,” he told TF1.

“I’m young, I’m in a time of my life where I need to play. If it wasn’t here, if it was difficult, I was ready to think about leaving.

“But I spoke to the president about the club’s project, about me, and everything was sorted out.”

When asked if he will still be at Bayern next season, he replied: “Normally, yes. Having said that, you don’t know what can happen.

“If tomorrow – I know it’s not possible – they buy Messi, Ronaldo and everyone and I know it’s going to be difficult, I could think about leaving. But normally, yes.

“I’m very satisfied with my career,” he said. “Today, I’m at Bayern. I don’t see why I should have regrets.”