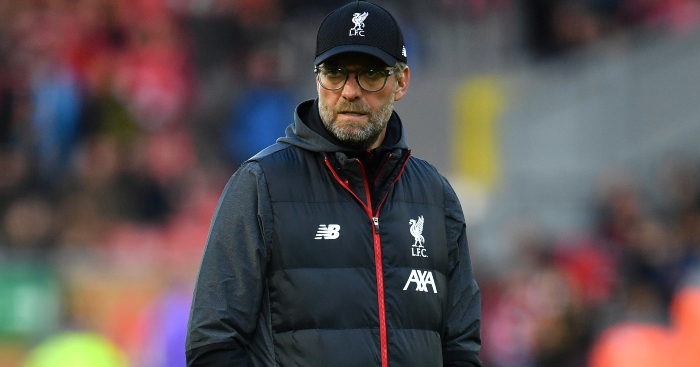 ‘Comeback kings. Mentality monsters: Liverpool Football Club. Even when you think they’re beat they show what they’re made of.’

That was the Echo’s tub-thumping reaction to Liverpool’s latest Premier League triumph, and their excitement only epitomised what their red-leaning readers were feeling on Saturday evening after witnessing another late, late show performed by Jurgen Klopp’s men.

The euphoria on this particular occasion was enhanced by Manchester City’s similar comeback. The champions trailed at home to Southampton and needed late goals from Sergio Aguero and Kyle Walker to earn three points which could have cut the gap at the top to just another three points before the two titans meet this weekend. But the sense around Merseyside now is that whatever Pep Guardiola’s men can do, Klopp’s can do it better. And later.

Liverpool can hardly be blamed for feeling invincible; that’s precisely what they are through the first 11 Premier League games of the season. Indeed, that bulletproof feeling is born of a run which began after the first game of 2019, when City clawed back what turned out to be the most precious ground in the battle for the title. On one of the other few occasions on which Liverpool’s first XI lost (we’re not counting the FA Cup third-round defeat at Wolves), they weren’t actually beaten; going down 3-0 at Barcelona in the Champions League semi-final only set the stage for their greatest comeback of all.

Their fondness for a fightback has reached the point where it’s fair to wonder whether Liverpool are doing it on purpose, but surely nobody would choose this precarious path. Yes, it takes real character to keep getting back up after fielding the blows – it is a quality shared by all champions – but it cannot become the defining one.

As much as Klopp appears to be enjoying this raucous version of rock ‘n’ roll football, he would doubtless change it for a few months of soothing muzak. Deep down, Klopp must know that Liverpool are unlikely to get away with squeaking through every test over the course of a long, winding season.

For the most part, Liverpool’s points have been earned in spite of their performances rather than because of them. Absolutely, there have been glimpses of magic, but no Premier League opponent has been rolled over since August. Against Newcastle, the enforced use of Roberto Firmino by a reluctant Klopp roused the Reds from their post-international break slumber, while every victory since has been earned by a one-goal margin.

Wins over Chelsea and Leicester were never likely to come easy, but Manchester United – this Manchester United – came within minutes of breaking Liverpool’s streak. Villa eventually wilted after subduing the Reds as much as any side this season; Sheffield United were only beaten because their goalkeeper chucked one in.

Liverpool’s refusal to accept anything less than victory has drawn comparisons with Manchester United’s Treble winners in 1999. Sir Alex Ferguson’s most decorated side never knew when they were beaten either, as the Champions League final highlighted. But over the course of a Premier League title race that went to the final day, only on four occasions did they secure points in the final ten minutes of matches – Liverpool have done so three times in the last four games – and Fergie’s side never scored in the final quarter of any game in a ten-match undefeated sprint finish.

United did not top the Premier League table for most points recovered from losing positions, as Liverpool do now. Indeed, only three champions in the last 20 years have done so. The clubs at that niche summit most often over the last two decades are Liverpool and Arsenal, and only one of those sides – Arsene Wenger’s Invincibles – could ever have been described as ‘mentality monsters’.

Of course, there can be just as much beauty in grinding down opponents as blowing them away, especially when the reward at the end remains the same. But at some point – perhaps soon with City due on Sunday – Liverpool will have to click, because doing just enough is no basis for winning another title race which looks as likely as any other to go to a photo finish.

And all those lovely points aside, this is the most encouraging thing for Klopp: he knows, as does Guardiola and everyone else, that Liverpool still have gears to go through. And perhaps that is the most striking parallel with Fergie’s Treble winners. They often cruised along before putting the foot down after the turn of the year.

If Klopp is keen to follow Ferguson’s template, he still has plenty of time to remedy the problems Liverpool have encountered. Defensively, the Reds do not look as solid as last year, though Joel Matip is yet to return. Creatively, Klopp’s full-backs remain his greatest asset, but teams like Sheffield United and Manchester United both found ways of limiting their effectiveness. Can the manager generate better service from central midfield for a front three yet to click this season, either by enhancing what he’s got or dipping in to the January market? The latter option, if executed properly, should also put a spring in the step of the whole squad, not just those fearing for their places.

So there are many good reasons why Liverpool can and probably will end their Premier League title drought. But doing just enough cannot sustain a season-long effort, especially when the margins may be so miniscule.