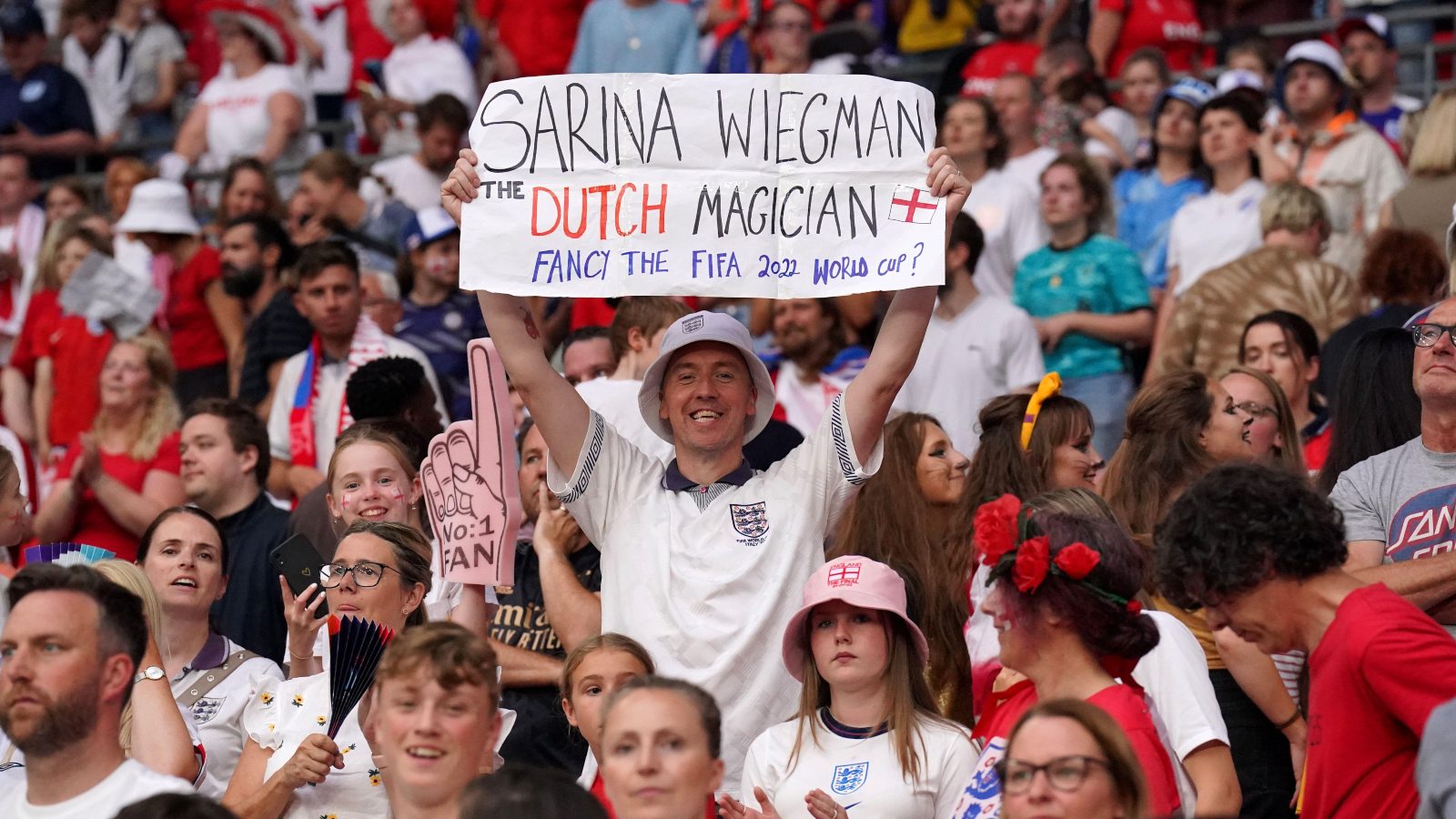 Chloe Kelly poked the ball past goalkeeper Merle Frohms in the 110th minute to seal the Lionesses’ first major trophy and end a 56-year wait for a major trophy for any England team, men’s or women’s.

Wiegman was in the middle of her press conference when her squad burst into the room, singing and dancing around the top table.

Goalkeeper Mary Earps even climbed on top of the table to continue dancing as the celebrations looked set to continue late into the evening.

England’s maiden success has been masterminded by Wiegman, who has now won back-to-back European Championships after her 2017 success with the Netherlands.

“I think what we’ve done is really incredible. I don’t think I’ve really realised what we’ve done, because I’ve not followed everything, but we know all of England is behind us,” she said.

“We have had so much support from our fans and I’m so proud of the team, the players and the staff.

“I will need a couple of days to realise what we have done.

“It was two teams who really wanted to win the game and that’s what made it so tight.

“Their togetherness was really strong too, so we had a hard time to play our game, but at the end we were really eager to score a goal.

“We have showed the quality of this team and the depth too. I’m not sure if that’s the reason but we scored a goal.

“When I took the job you hope one thing, but we knew there was quality and such big potential in this country. You hope things will work out.

“That was one of my personal challenges. My challenge was to bring people together from another culture and it worked out. It’s something you dream of and hope for.”

Wiegman also paid an emotional tribute to her late sister, revealing the meaning behind a gesture she made after the victory when she kissed a wristband.

“I’m kissing this little armband that was my sister’s and my sister passed away during our prep camps,” she said. “That’s a really big miss because she’s my mate, but I think she was here, I think she was on the crossbar.

Wiegman then signed off her press conference with the simple statement: “We changed society today.”

It was a sentiment echoed by her captain Leah Williamson.

England’s victory came in front of a crowd of 87,192 – the highest ever attendance for any Euros match, men’s or women’s.

And Arsenal star Williamson wants the success to mean something in the future.

She said on BBC One: “The legacy of this tournament is a change in society, it is everything that we have done, we brought everybody together, we got people at games.

“We want them to come to WSL games, the legacy is this team are winners and that is the start of a journey.”

Match-winner Kelly said: “This is what dreams are made of, as a young girl watching women’s football. Wow, this is unbelievable.”

The Manchester City forward’s story is made even more memorable by the fact that she only came back from a serious cruciate ligament injury in April.

She added: “Thank you for everyone who played a part in my rehab. I always believed I’d be here, but to be here and score the winner, wow. These girls are amazing.”

Beth Mead won the Golden Boot with six goals and was also named player of the tournament, 12 months after she was left out of Team GB’s Olympic squad for the Tokyo Games.

“I can’t believe it, sometimes football puts you down but bouncing back is the best way and that is what we have done,” she said.

“If you score two goals against Germany you are deserved European champions, so congratulations,” she said.