How do Lukaku, Sanchez, Young and Smalling compare to those that remain at Old Trafford? 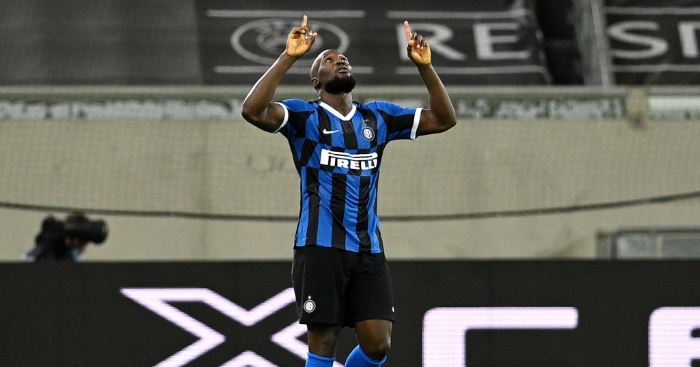 Romelu Lukaku scored a stunning brace as Inter destroyed Shakhtar Donetsk on Monday to book their place in the Europa League final. The striker’s season tally currently stands at 33, just one behind the Inter record set by Ronaldo in the 1997/98 season. Following the game, Lukaku said Manchester United “tried their hardest” to reach the final – a comment that may or may not have been intentionally superbly condescending. Whether he meant it or not, the Belgian must be taking some pleasure from the fact that he and fellow United jettisonee Ashley Young have made it to a European final, while the club that decided he was surplus to requirements have failed to do so.

But how have United’s Serie A departures fared in comparison to those that have remained under Ole Gunnar Solskjaer in the Premier League? We’ve taken a look at how Lukaku, Young, Alexis Sanchez and Chris Smalling match up against those deemed better equipped to succeed at Old Trafford. Starting with the strikers…

Lukaku and Sanchez top seven of the ten statistics. Anthony Martial – deemed by many Manchester United fans to be their player of the year – does not come out on top in any of the categories. Mason Greenwood is United’s most deadly goalscorer, while he also retains possession well, though his relative lack of dribbling compared to Marcus Rashford and Martial goes some way to explaining that.

Lukaku was often castigated for his poor first touch and poor hold-up play at Old Trafford, but has this season had fewer unsuccessful touches than both Rashford and Martial, while also being vastly superior in aerial duels. Whether Rashford taking 3.4 shots per 90mins is a good thing or not is up for debate – he really should be scoring more often.

Young’s superior productivity in terms of goals and assists is to be expected through playing higher up the pitch, while the key passes and crosses are also consistent with that. Shaw’s increased defensive responsibility in a more central role is illustrated through the number of clearances and the few times he’s been dribbled past. Williams apparently blocks the most crosses, but as United fans are probably screaming into their computer screens right now, not enough – just one more may have been enough to see United into the Europa League final. His dribbling is pretty good though, and effective – he won two of Manchester United’s 22 penalties this season.

Chris Smalling cleans up here, after a brilliant season with Roma. It’s perhaps too easy to say he would have picked up Luuk de Jong while the other United defenders stood daydreaming. Easy, but probably true. Harry Maguire may win more aerial duels, but it can’t be a duel if you’re nowhere near the striker you’re supposed to be duelling with.

Solskjaer seems to have given up on Smalling, despite his excellent season and United needing defensive reinforcements. They might be able to get £20million for him, but would they get a defender as good as him for twice that much?