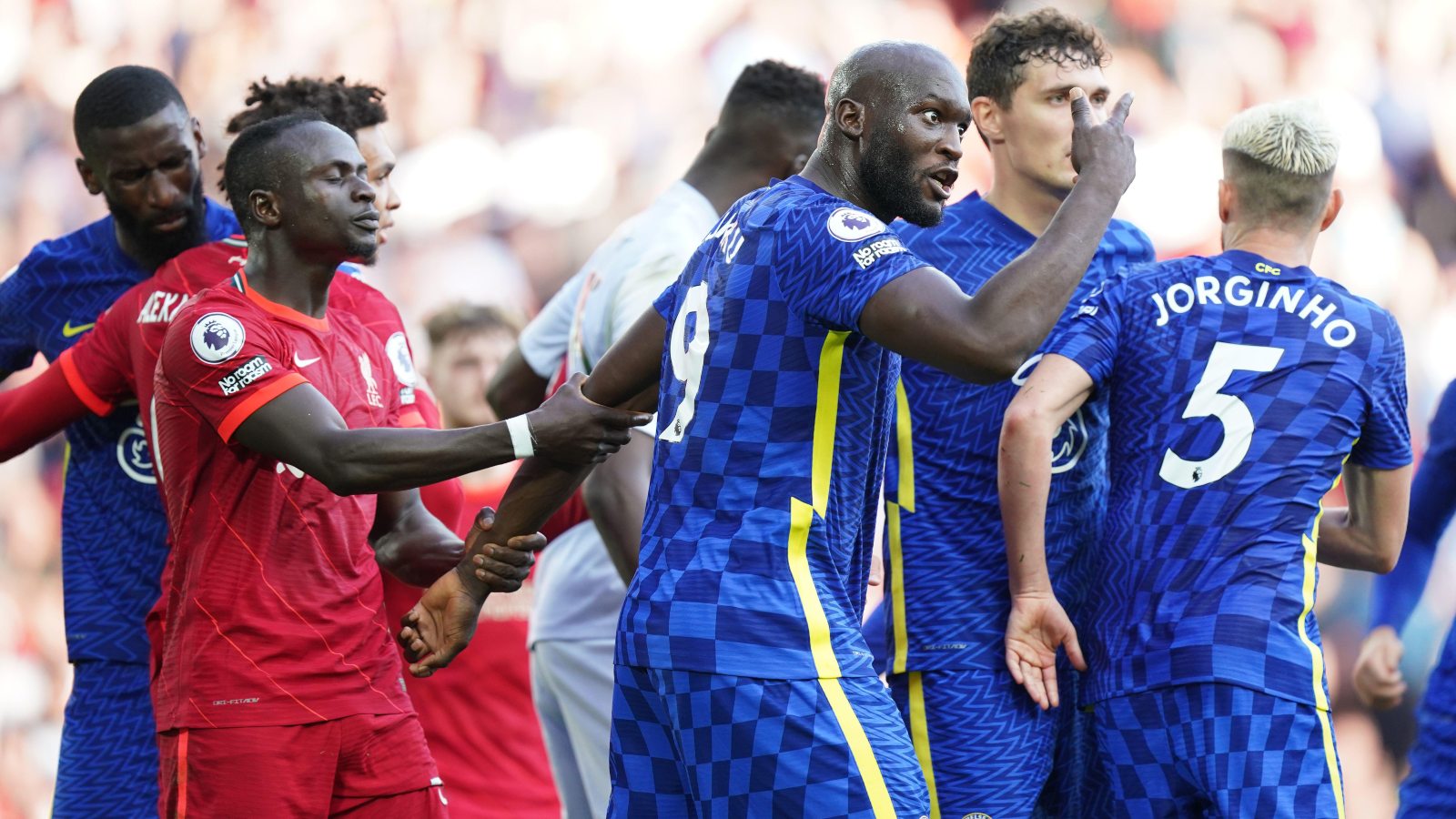 Romelu Lukaku is off again after failing to settle at Chelsea. Meanwhile, Sadio Mane leaves Liverpool a legend.

What’s wrong with Romelu Lukaku?
Has there ever been any player as unsettled as Romelu Lukaku? Seems like he cannot decide where he wants to play his football every two years.

He will never be universally loved, and his moves scream of a weak mentality to stay a fight for a place (e.g. changing his game to be a part of a system in United/Chelsea)

Jonathan Biabiany comes to mind as a player with an itchy backside. OG Ronaldo too.
Kel, MUFC

Farewell to a true Liverpool legend
Sadio Mane is the best. From the moment he played his first match (too expensive for some nobody; we should have just spent what they wanted for Götze) and smashed that goal in against Arsenal, you knew he was special.

Sadio exploded from stillness to leave players in his dust. He smashed shots like he hated the ball, hated the net and hated the goal-keeper. He tried things he absolutely shouldn’t, like back-heel chips over the goalie. He twisted his body to where it needed to be to score, without any care of where it would be after he made contact – leading to the meme of off-balance Sadio = best Sadio. But a more real version was of that near post-header against Villa to win a game we’d been losing until the 89th minute. He put his face, knowingly, right into the studs of a boot, because he had to. Because that’s how we won.

He never knew when we’d lost. The Karius final has its own narrative by now, but during the game, Liverpool were shellshocked. Salah had been ‘reduced’ and then we’d given up the most stupid goal of any final. The team were… defeated. Except for Sadio. He wanted to win. He drove forward, he pushed. After the setback, he was the only one who ever looked like scoring, and he did. And until Bale decided it was his annual Madrid game, he was looking like winning the whole thing.

Bayern have signed him because he’s incredible. But also because they’re doing that classic football club mistake of signing the player that hurt you (yes, this is true of Nunez too). In his case giving Neuer twisted blood, before adding more pain. It won’t be a mistake. He’s going to score buckets over there.

Off the field, he seems like a genuinely incredible person. Humble, friendly, kind and constantly giving back to the community that raised him.

He will be missed at Liverpool, and despite the early promise, Diaz, Jota and Nunez have a long way to go to fill the boots of one of Liverpool’s greatest ever forwards.

Yes, but Mo Salah is better
Good to see Sadio Mane get the credit he deserves from rival fans in the mailbox, he is a fantastic pro and top-class player and has done so much for Liverpool over the years and been a huge part in winning the trophies we have over the last few seasons. He will be missed. As a Liverpool fan, I agree with one of the things I really liked about him was his complete sh**housery and edge to him. However I also feel comments such as Ryan’s saying he was the Liverpool player they feared the most a bit disingenuous as it’s only because he is leaving that rival fans believe him to be our most dangerous player. He did of course score many big goals for us, and was indeed a brilliant wide forward. He could also be frustrating and mis-control the ball, miss simple chances, have runs of games where he was anonymous. In a one on one you would much rather have Salah running through on goal than Mane. Sadio was extremely good at finishing the chances out of nothing, where he didn’t have time to think. He was an important part of our forward line, where they all offer something different, but I personally feel that it is and has always has been, Salah that is the crown jewel of the team. Hence why the club have focussed so heavily on his contract and not those of Mane or Firmino.

One or more of our attacking players have and will leave. It has been talked about for a couple of seasons. Now it is happening it does feel like a bit of a loss. Have seen comments regarding Nunez not being as good as Mane and Liverpool will not be as good without him. Time will tell of course, but Nunez isn’t replacing Mane. His replacement arrived in January in Luis Diaz. Who made such an impact that Mane was moved to centre forward. Turned out he was excellent there and had a fantastic few months at the end of the season. Will be interesting to see if Bayern play him as a central striker going forward. For Liverpool though a refreshing of the forward line has been slowly happening with the signings of Jota, Diaz and now Nunez. Will they be as good as the previous front three? Who knows, but I am looking forward to watching them and finding out.
Kevin

What’s wrong with less work for more pay?
Two possibly unrelated things that have become related in my mind.

The first is the reaction to Sadio Mane leaving Liverpool for more money. I’m firmly on the player’s side here. In a profession with a shelf life the contract you sign at the 29/30 year old mark represents your last chance for a big payday so I don’t begrudge any player going to the highest bidder. They’re not fans – it’s a job.

Which leads me to thing number two. You often read how a club is less attractive to a player because they’re not in Europe. Is this really true? The player has to play less matches if a club isn’t in European competition. Purely from a job perspective that’s less work for the same amount of pay which would sound quite attractive to most of us. So, if the wages on offer were the same are players really that bothered about whether a club is Europe or not?
Conor Malone, Donegal

What’s with the Liverpool love-in?
The piece about Bellingham and Liverpool has to be the weirdest article I’ve ever seen on your site. I understand some there worship all things Liverpool but this was so so strange.

Like, what the hell was the point? Was your excitement over having to praise Liverpool signing players early too much? Or was your need to ‘own the United fans’ too much to hold in? Or maybe both?

Is this some sort of reactionary response to Mane leaving? Did someone say Liverpool won’t be good this year? You feeling ok hun?

I reckon it’s probably a combination of them all packed in with the fact the position you needed- CM – wasn’t signed. There are also laughable comparisons to Barca, Real, Sir Alex…All of which at least made the article come across as parody.
Calvino (then I see the mailbox and someone thought it was serious)

Reading recommendations please
Thought I would try and break through the transfer tedium with something a little different today and discuss some extra reading/listening for everyone whilst there are no matches on.

Currently I’m on ‘And the sun shines now’ by Adrian Tempany. It’s a brilliantly revealing, intelligent book on Hillsborough and the rippling effect it had on English football. Its includes a harrowing account of his near death in leppings Lane and goes on to explain how the political and public response influenced the decisions clubs made over the next twenty years. As someone with no connection to Liverpool and born in 1992, it was an eye-opening read.

Any other recommendations from you lot? I need to fill the void.
Dave, South Wales