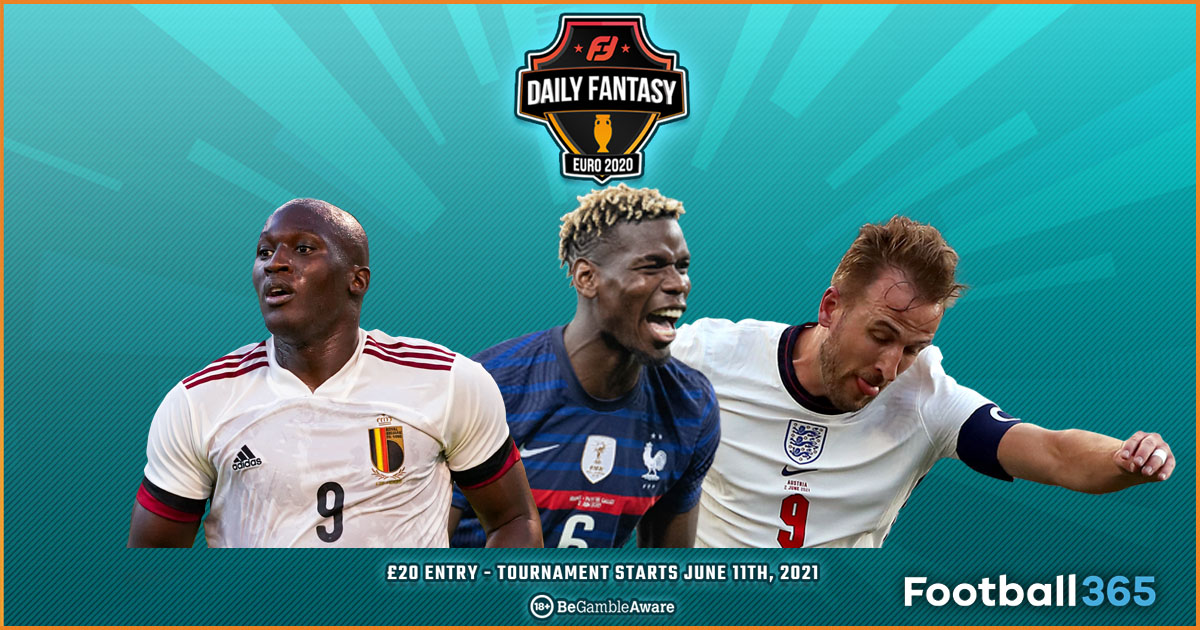 We love football, we love telling people how much we love football, and we love winning money. So obviously we’ve decided to enter FanTeam’s Euro 2020 Fantasy tournament.

You still have time to enter the competition as FanTeam are allowing entries before gameweek two, and so that you’re not playing catch-up you will start with 100% of gameweek one average points.

With a minimum guaranteed prize pool of £1million and a guaranteed first-place prize of £200,000, this is the biggest prize pool ever for a Euros event and absolutely up our street. It’s £20 to enter, but even finishing in the top 10,000 will win you a payout of £30. Let’s just say we’re feeling confident about this.

So confident, in fact, that we’re going to be documenting our progress throughout the tournament on here and encouraging, nay, daring you to sign up too and see if you can beat us. Our news hound Joe Williams is representing us under the imaginative username JWilliams, but he will be backed by the might of all F365’s combined football knowledge. Does that make him unbeatable? It’s not for us to say. But yes, it makes him unbeatable.

We’re even sharing his team for the opening round. See below the thinking behind our selections, plus all the rules, scoring system and prizes on offer. If you dare to take us on, make sure you include F365 at the end of your username so we can look out for the other football experts among you near the top of the leaderboard.

We’ve also got TEAMtalk playing (SBanno_TT) and encouraging their readers to play so we really, really can’t be having any of that rabble finishing above us. This is serious now: get researching, enter your team and let the games begin.

Once signed up, you’ll have a budget of £105million to pick a squad of 15 players consisting of two goalkeepers, five defenders, five midfielders and three forwards. You can select a maximum of three players from any one nation for the first four gameweeks (the three group stage games plus the last 16) then are restricted to four per team for the quarter-finals and seven for the semis and final.

There are also part-points awarded for shots, saves and a team ‘winning’ for the duration of the player’s time on the pitch. A full breakdown of the scoring system is provided below

You only need to finish 10,377th for a £30 payout – your stake plus a tenner on top. As fans of Football365, we’re expecting every single one of you to manage at least that.

My initial reaction was to avoid any of the dreaded ‘Group of Death’ players in my squad, but those incredible attacking players sucked me right back in. Cristiano Ronaldo and Karim Benzema, who I will be keeping on my bench until France play Hungary, were irresistible options, while I caved and included Benjamin Pavard with the hope he will re-enact his World Cup 2018 heroics against Argentina.

Away from the glitz and glamour of Group F, I had my trusty sidekick Matt Stead (AKA Roy Evans) to lean on for recommendations. Writing those Top Tens for Football365 over the years has really come in handy for this Fantasy Football newbie. Denmark proved defensively solid in qualification whilst dispatching smaller nations and Steady thought Daniel Wass would be a valuable asset. Instead of including two Danish players in defence, I went for Schmeichel as my back-up GK.

John Stones and Mason Mount will play every game for England at the Championships, barring any injuries or suspensions, with Gareth Southgate’s men likely to navigate their way out of their group. Meanwhile, I’m expecting Memphis Depay and Domenico Berardi to provide me with plenty of goals from my fantasy midfield.

Naturally, you have to choose a few wildcards in your first selection. Pau Torres, John McGinn, David Alaba and Marcel Sabitzer have all shown solid club form this campaign and I’m hoping that will carry over into the summer.

The firepower at my disposal, coupled with Steady’s advice, will see me romp away with this league…