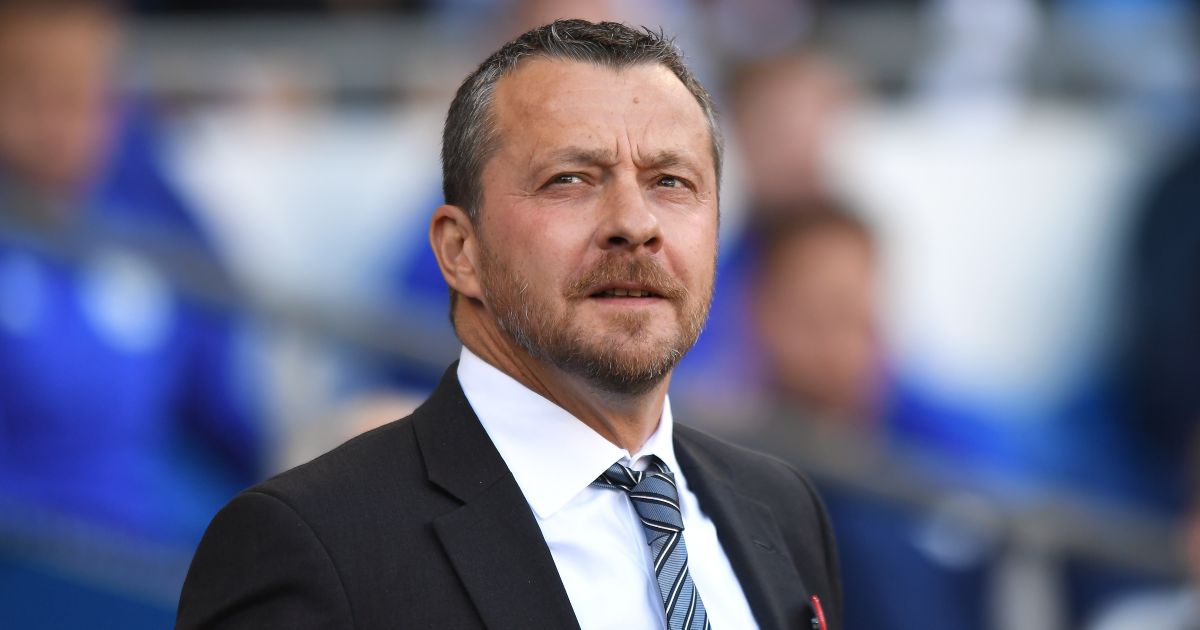 Slavisa Jokanovic starts his quest to return Sheffield United to the Premier League with a home match against Birmingham.

The 52-year-old – who has previously led Watford and Fulham out of English football’s second tier – was in May appointed manager of the Blades, who finished bottom of the Premier League last season.

And Thursday’s release of the 2021-22 Sky Bet Championship fixtures revealed testing away matches at Swansea and West Brom for Jokanovic’s team after their opener at home to Lee Bowyer’s Blues.

READ MORE: Rainbows after the UEFA political storm at Euro 2020

The Baggies, also relegated from the top flight, start with a trip to Bournemouth, before a home game against Luton.

Fulham, whose Premier League return lasted just one season, open against Middlesbrough at Craven Cottage, before away games at Huddersfield and Millwall.

Elsewhere on the opening day of EFL action, currently scheduled for Saturday, August 7, beaten play-off finalists Swansea start at Blackburn and Wayne Rooney’s Derby, who survived on the final day of the 2020-21 season, start with a home game against Huddersfield.

However, the Rams face the prospect of being relegated to League One anyway – and taking on Wycombe’s fixture list – after an independent disciplinary commission ordered a £100,000 fine to be paid to the EFL over accounting irregularities, while the club must file restated accounts for the financial years ending June 2016, 2017 and 2018. 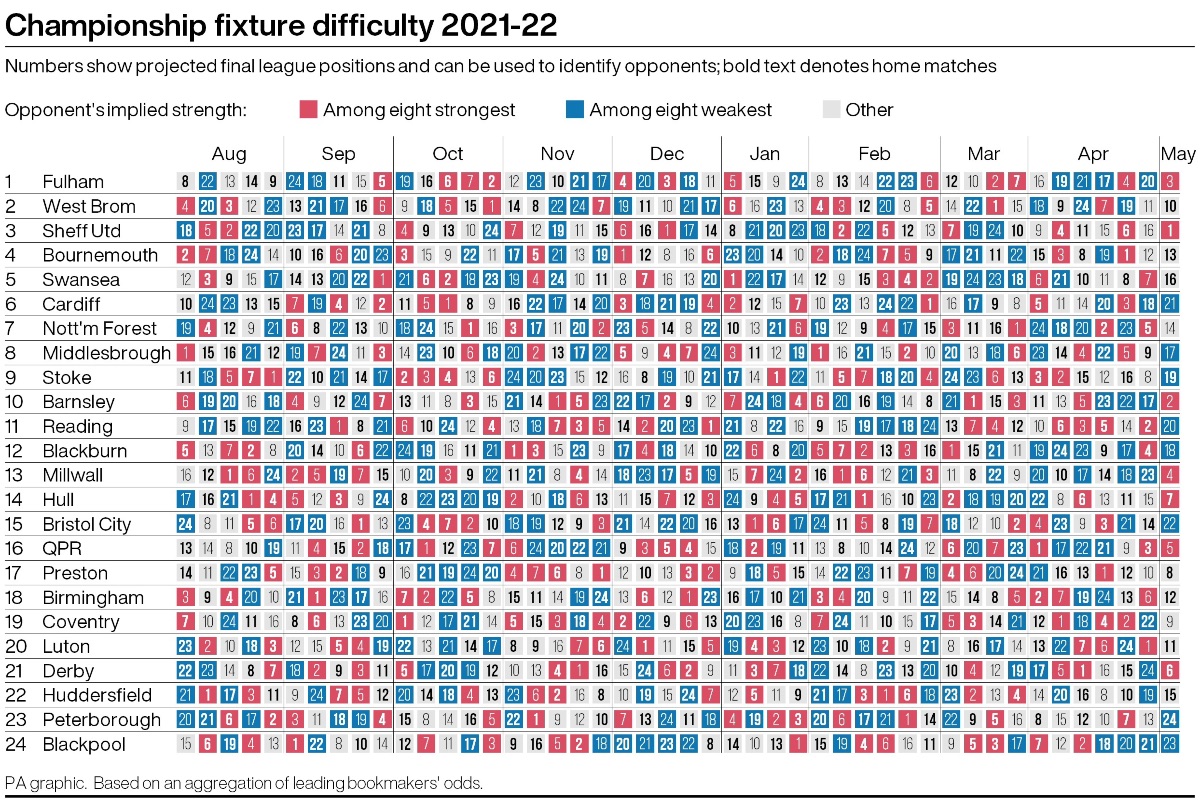 A possible outcome could see Derby yet change places with the Chairboys, who finished a place behind them and duly suffer the drop last term.

The three teams promoted from League One all start away from home. Champions Hull are at Preston, Peterborough travel to Luton and play-off final winners Blackpool face Bristol City at Ashton Gate.

There is a London derby at the Kiyan Prince Foundation Stadium, with QPR playing Millwall, while the other opening-day matches see Cardiff at home to Barnsley, Coventry hosting Nottingham Forest and Reading travelling to Stoke.

In League One, Sheffield Wednesday start with a trip to Charlton, while there are home starts for the other two teams relegated from the Championship – with Rotherham taking on Plymouth and Wycombe hosting Accrington.

Sunderland’s fourth successive season in the third tier starts with a home game against Wigan, who did the double over them last season, with Lincoln – beaten in the play-off final by Blackpool – at Gillingham on the opening day.

Newly-promoted Bolton are at home to MK Dons, Cambridge host Oxford, Cheltenham are at Crewe and Morecambe start at Ipswich.

Doncaster are at home to AFC Wimbledon, Portsmouth start at Fleetwood and Burton travel to Shrewsbury in the other League One openers.

Hartlepool, promoted at Torquay’s expense thanks to a thrilling play-off final victory at Ashton Gate on Sunday, start at home to Crawley, before away matches at Barrow and Sutton.