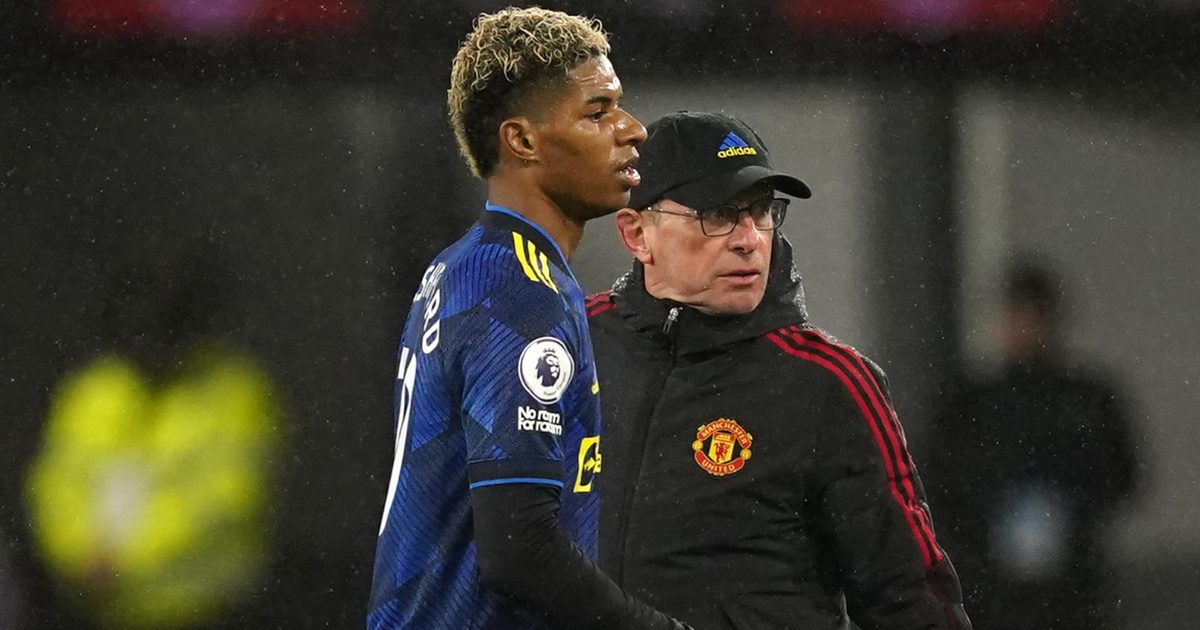 According to reports, Man Utd attacker Marcus Rashford is “considering his future” at the club as he is “concerned about his lack of game time”.

Rashford has been a regular for Man Utd since the 2015/16 season. He has now played over 250 times for the Red Devils.

After last summer’s European Championships, the forward had to undergo shoulder surgery.

The Englishman returned in October but he has been out of form for much of this campaign.

He has only started nine times in the Premier League as he has been out of favour.

Rashford came on for the last 25 minutes against Man City on Sunday. Man Utd were beaten 4-1 by their rivals as Kevin De Bruyne and Riyad Mahrez scored braces.

Respected journalist Fabrizio Romano is now reporting that Rashford is “considering his future” at Man Utd.

He is out of contract in 2023 and he “wants clarity” on his status at the club.

Marcus Rashford is considering his future. He's concerned about his lack of game time, source close to Man Utd forward tell me – he's always been professional but he wants clarity. 🔴🏴󠁧󠁢󠁥󠁮󠁧󠁿 #MUFC

His current Manchester United deal runs out in June 2023. pic.twitter.com/nYOvGld4W0

Elsewhere, Ralf Rangnick admitted that his side “struggled” after going 3-1 down to Man City:

“I think we played a good, if not decent first half. We were competitive. Difficult to concede an early goal. We came back, scored a brilliant goal ourselves then conceded another on the counter.

“It was a very difficult game against one of the best teams in the world. We conceded a fourth in the last minute of the game. It is a difficult game that shows we have a long way to go to close that gap.

“It was working. For us it was clear if we want a chance to win the game we have to do a lot of running. You have to be in attacking and hunting mode and we did that in the first half. The third goal killed us off in the end.

“It’s difficult, if we attack them very high there is a lot of negative running you need to do. The third goal is a brilliantly taken corner and it is almost impossible to defend that. The second half they were the better team and they showed the quality they have. We struggled especially after they scored the third one.”

Cristiano Ronaldo and Edinson Cavani were both absent and Rangnick is unsure when both will return.

He said: “I don’t know. I was hoping to have them available for this game. We have two important games coming up against Spurs and Atletico and we have to put our full focus on that.”