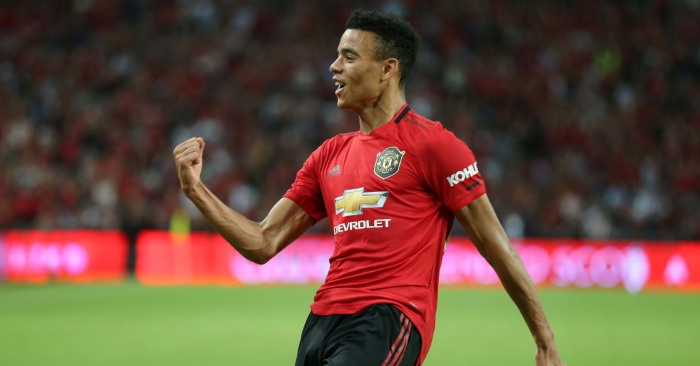 Ole Gunnar Solskjaer is ready to give Mason Greenwood only his second Manchester United start.

Greenwood was expected to feature regularly this season as part of Solskjaer’s revamped United side, with a focus on young, British and homegrown talent.

After starting – and impressing in – the club’s final game of the 2018/19 campaign in the defeat to Cardiff, it was thought he would be given a crucial role going forward.

But the 17-year-old has played just 47 minutes of Premier League football, making four substitute appearances before failing to emerge from the bench against Leicester.

Perhaps his most telling contribution thus far was an apparent dispute with Alexis Sanchez before his departure for Inter Milan.

The Sun say that may soon change as Solskjaer is ‘concerned about his side’s lack of firepower’, and his solution will be to start Greenwood against Astana on Thursday.

United open their Europa League campaign at home to the Kazakhstani side, and the ‘lack of a real poacher in the box that is worrying’ Solskjaer will be addressed by starting their best finisher.