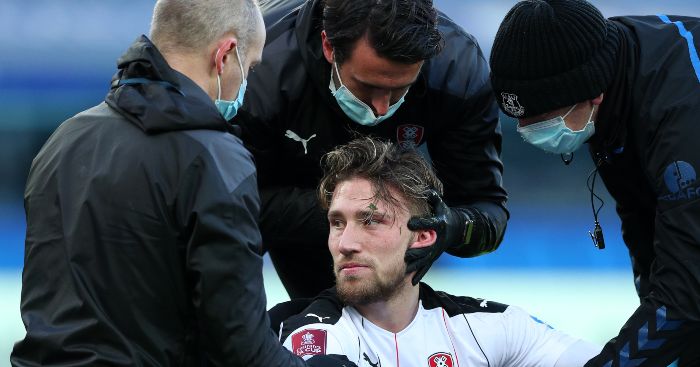 Concussion substitutes will first be used in the Premier League from February 6 after being given the green light by football’s lawmaking body.

A joint statement from the league and the Football Association set out the timetable for the rollout of the new protocol, which will enable teams to make up to two additional permanent concussion substitutes in a match.

The new protocol will first come into force in the FA Cup from next month’s fifth round, the FA said, and will be used in the Women’s Super League and Championship from February 6.

FEATURE: Walking with dinosaurs: British bosses are not extinct

The protocols were approved at the annual business meeting of the International Football Association Board, the game’s lawmaking body, last month.

The one being used in the English competitions also allows for the opposition to make the equivalent number of changes, so that if one concussion substitute is used, they can make one change.

“The trial is a result of the IFAB’s consultation with stakeholders and recommendations from their concussion expert group to allow additional substitutions for players with actual or suspected concussion,” the joint statement read.

The protocols have been criticised by brain injury specialist Dr Willie Stewart, who described them as being akin to “putting lipstick on a pig”.

He, like world players’ union FIFPRO, had been in favour of a 10-minute assessment period for a concussed player with a temporary substitute being introduced in the interim.

FA chief executive Mark Bullingham has said that the protocol fits well with the organisation’s “if in doubt, sit them out” approach to handling concussion.

“I’m really surprised this is seen as a cop-out. I see this as going further,” he said.

“We’re taking any player that is suspected of concussion off the pitch. I don’t follow the logic there.

“I understand there are two models that have got different values but, from our point of view, we see this as a stronger model, the safer model, and that’s what we’re being advised by the medical experts.”