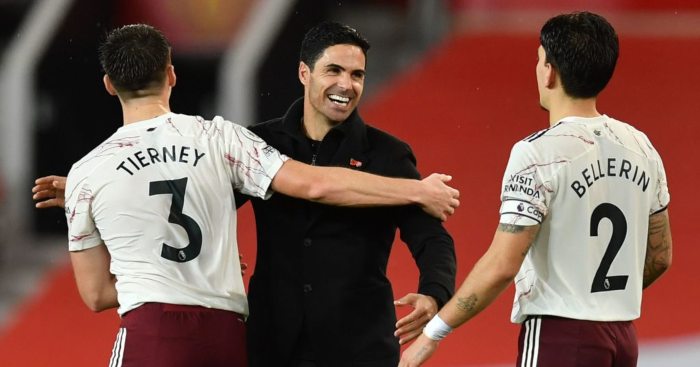 Title challenge? What title challenge? Manchester United’s bid to win the Premier League was dealt a major blow on Wednesday with a shock 2-1 loss to Sheffield United.

The Red Devils now turn their attention to Arsenal who they face this coming Saturday. Mikel Arteta’s men are in superb league form and will be relishing United’s visit to the Emirates.

Mark Smith and Sarah Winterburn spoke about this game on the latest edition of Big Weekend on YouTube.

Winty said: “We’re coming into this weekend probably exactly as we would have wanted to. With Man United losing mid-week, confidence would have taken a battering by that. Arsenal winning again for the sixth Premier League [game] in a row, and actually looking quite confident and convincing against a really difficult to beat Southampton side.

“Even when Sheffield United went 1-0 up, you assumed Man United were going to win 3-1. That’s what we’re conditioned to see this season but they just never improved.”

Sarah also argued that United can’t keep replying on individual performances and playing without a good system in place.

“I think Man United have raised their game generally but they’ve not often played a team that are coming with probably more confidence than they have.

“United will look at that game on Wednesday night and wonder what the hell went wrong. Now there was a lot of changes, I understand that. The defence was changed a lot. But this is a United side that does operate on very small margins. They don’t dominate games; they don’t blow teams away.

“This is what happens when you rely on the excellence of individuals. If several of those individuals have a bad night on the same night, it all falls apart because there’s no system underpinning it.”