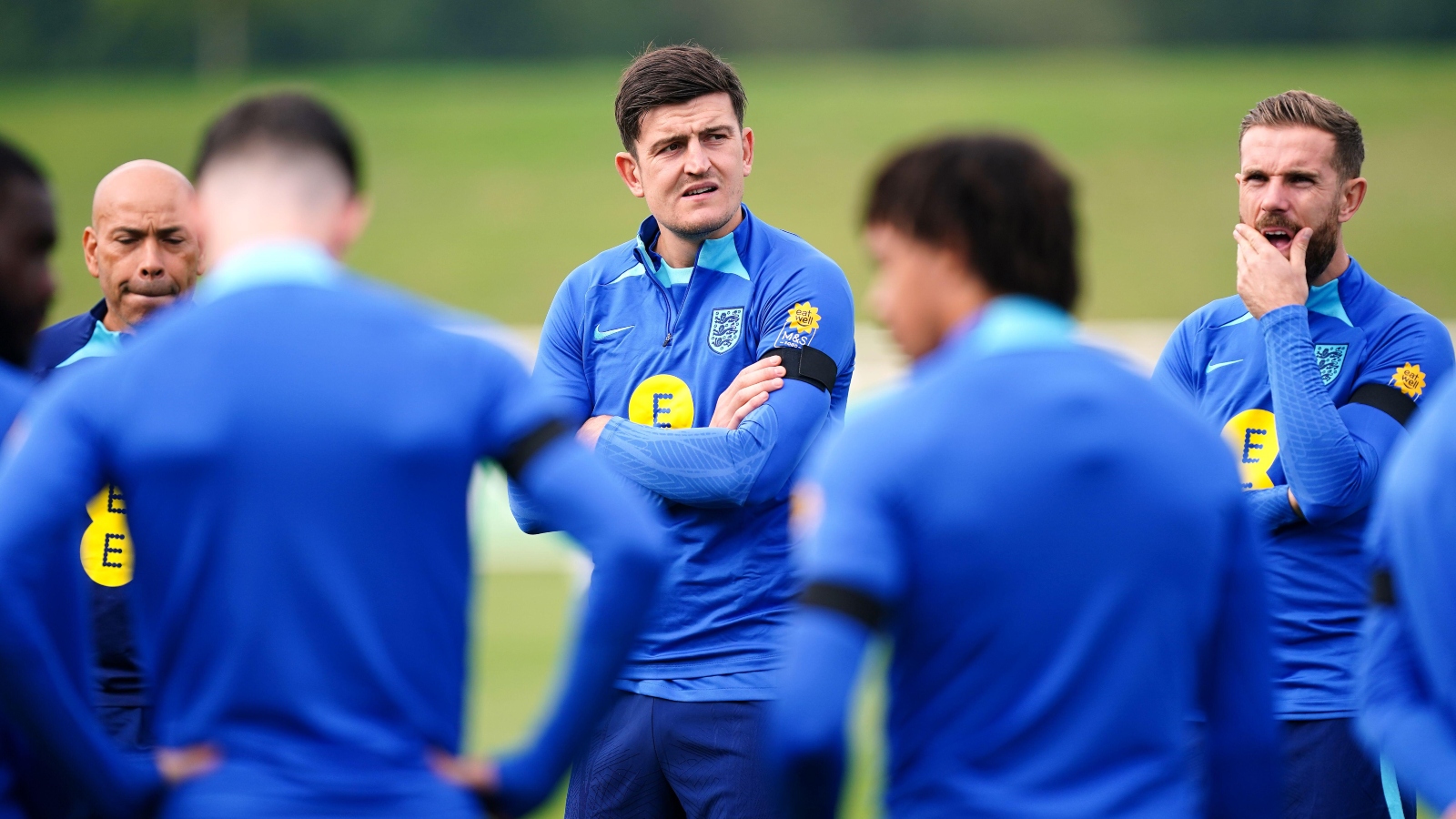 England defender Harry Maguire is reportedly set to start against Italy in the Nations League on Friday evening.

It has been a difficult start to the season at club level for the Manchester United captain.

The 29-year-old started the first two games of the season as his side lost 2-1 and 4-0 to Brighton and Brentford in the Premier League.

Since then, new United boss Erik ten Hag has favoured the defensive partnership of Lisandro Martinez and Raphael Varane.

This has left Maguire on the bench in the Premier League, picking up minutes primarily in the Europa League group stage.

He has struggled and been heavily criticised for his United performances over the last 18 months.

However, the former Leicester City defender has always been a consistent performer under Gareth Southgate on the international stage.

Maguire was excellent at Euro 2020 last year as the Three Lions reached the final of the competition.

Despite missing the opening two matches through an ankle injury he picked up in the Premier League against Aston Villa, he was named in the team of the tournament.

With Maguire out of favour under Ten Hag, Southgate has been criticised for calling up the centre-half.

Maguire’s United teammate Luke Shaw was also called up despite being in a similar situation.

“Clearly, it’s not an ideal situation,” Southgate said when asked about Maguire’s lack of game time at club level.

Southgate added: “But he is an important player for us. I think it’s important to back our best players.

“He understands that he’s at a big club, big transfer fee and captain of the club so I think that’s why the spotlight has been on him more.”

And in an unsurprising but disappointing revelation to some, The Athletic correspondent David Ornstein has reported that Maguire will start against Italy in the Nations League this evening.

“Harry Maguire is set to be given a much-needed vote of confidence by Gareth Southgate as the Manchester United captain is expected to start against Italy in England’s penultimate match before the World Cup,” the report states.

Maguire is believed to be “relaxed and confident” about his situation having always impressed for England.

Southgate’s side also take on Germany during the international break in what will be the Three Lions’ final fixture before the World Cup.

They are currently bottom of their Nations League group after a dire international break in June and potentially face relegation to the second tier of the competition having picked up two points from four games.

England’s poor showing in June was justifiable in a sense given the fact their fixtures came after a gruelling season.

The World Cup being played in the winter could perhaps benefit the English players, who will be fresher than they have ever been for an international tournament.